Last night we lost a friend and one of our best kingdom warriors. Kathy Lucas showed me a lot in the decade that I knew her. She knew the stakes and she fought well. Her life was a profile in courage that would have fit well in J.F.K.’s Pulitzer Prize winning book. Clint said this about her th…
By Seth Barnes
05 January 2017, 12:01 am
By Seth Barnes
05 January 2017, 12:01 am 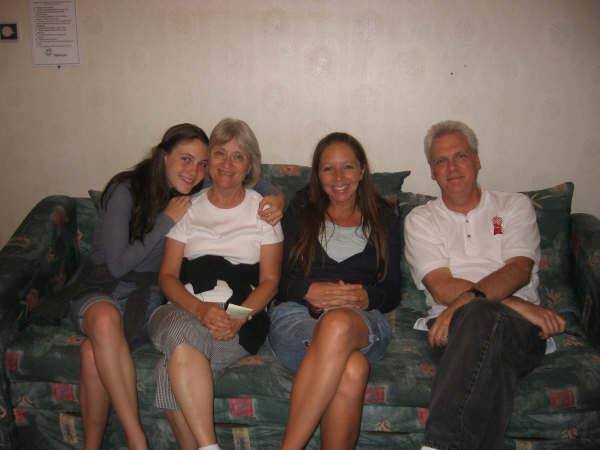 Last night we lost a friend and one of our best kingdom warriors. Kathy Lucas showed me a lot in the decade that I knew her. She knew the stakes and she fought well. Her life was a profile in courage that would have fit well in J.F.K.’s Pulitzer Prize winning book.

Clint said this about her this morning:

“To me so much of her life was marked by defiance. A righteous defiance… Smuggling Bibles past the Iron Curtain in the panels of vans going across borders miraculously getting past many checkpoints.

“She viewed cancer same way she viewed the iron curtain. Her doctors warned her that she would experience permanent tissue damage if she were to fly again. She defied them and continue to go to Romania with Mark to minister.

Yesterday it would appear she didn’t make this border crossing. But it’s not true, she defied death.”

So many people don’t understand what is at stake as she did. Kathy knew that Jesus came to set the captives free. She understood that he came to show us we are sons and daughters of a God who created us and has a plan to bless us and live amazing lives.

She lived that way. Knowing who she was and what God had asked her to do, she fought the enemy at every turn. She had the ambition of being well known not only in heaven, but in hell. When she would wake up in the morning, I’m convinced the devils assigned to fight her would shriek, “Oh no, she’s awake again!”

She was a discipler who replicated herself over and over. Disciples looked like Teresa McMillan. Teresa is awesome. She is one of the best disciplers here at Adventures. I saw her courage when we first sat down for lunch. And I asked myself, “Wow – where did that courage come from?”

I didn’t know about Kathy’s relationship with Teresa. Here is what Teresa wrote about Kathy a few hours ago.

I met Kathy in 2007, the day I left for Afghanistan. She eagerly wanted to meet me, so we met at McDonald’s briefly and then off to my first Muslim nation I went.

In 2008, I am evangelizing on the streets of Budapest, when I see her pass by. “I know her from somewhere?” We talked and realized we both lived in NC and then…..the ah hah moment came.
It was after that her and Mark became supporters in more ways than one… through emails, visits and sending me out into the nations.

In 2010, she prayed for just the right place to live and it happened.
She even made a Kurdish meal as I had been in Iraq.

In 2011, I remember walking and processing with her after my dad died.

She encouraged me to disciple…that God was calling me to lead…when I didn’t want to embrace it.

In 2012, she showed up at training camp for the World Race just to spend some time with Pamela and I.

In 2013, she called me her “favorite evangelist” in a response to my update. Currently, she might have some more favorites:)

In 2014, she again prayed for a place for me in Cambodia and I got such a sweet place to live.

As you can see, she cheered me on.

2 weeks ago, she asked me if I had any prayer requests. I told her and she finished with “and rest for your soul.” Those were my last words from Kathy on this playing field.

And Kathy, as you prayed for me, I know you have entered into a rest like you never have seen. Thank you for pouring your life out to so many of us. Your faithfulness is evident. Your excitement for the Kingdom was clear.

I look forward to the next time we meet up.
Until then, I love you and will miss you.
Now, you are amongst the cloud of witnesses….cheering us on just as you did on earth. I know your joy is complete.
And, you are at peace.”

Yes, Kathy was a warrior who is in heaven now, but she lives on here on earth through Teresa and hundreds of others like her who Kathy gave her gift of courage to. She showed us why we fight and who we fight for.

I don’t know about you, but this lump in my throat is not just grief. It is a fierce resolve to double down on the fight. I’m not finished and neither are you. The time for rest is over; we have work to do.

I’m asking for an extra portion of the courage God gave to Kathy. I’m dedicating my 2017 to her memory and purpose. I will not go gently into that good night.

What is your 2017 going to be about? Remembering Kathy, let’s pray for courage together and let’s double down on the fight as we journey.