How I started AIM

I started AIM begrudgingly almost, having just experienced a messy departure from another ministry.  God and I were barely on speaking terms and life on the home front was extremely difficult. Karen was pregnant with our fifth child. We had no insurance and nobody to pay me a salary.  …
By Seth Barnes
22 January 2009, 12:01 am
By Seth Barnes
22 January 2009, 12:01 am 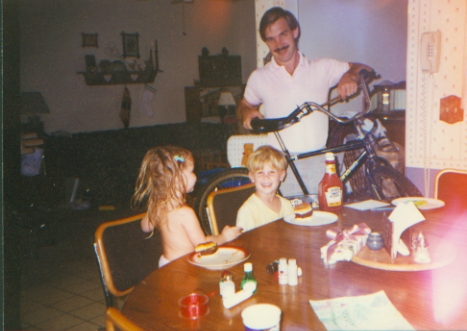 I started AIM begrudgingly almost, having just experienced a messy departure from another ministry.  God and I were barely on speaking terms and life on the home front was extremely difficult. Karen was pregnant with our fifth
child. We had no insurance and nobody to pay me a salary.  I wasn’t at all sure that I was cut out for a life of ministry.  Yes, I knew God had called me, but I was discouraged, bordering on depressed and I had no overarching vision for what AIM should even do.
So while I took steps to get AIM going, I kept my options open with a variety of other business propositions. Over time, as my bruised spirit healed, God showed me that even though I felt like a mess, I could still make a difference in people’s lives.

The first AIM project was to an orphanage in Montego Bay, Jamaica. In 1990 I led five projects. Several of them were for disaster relief in the wake of Hurricane Hugo. I knew short-term projects changed lives because my life had been changed by two projects I’d gone on as a high school student. But I had no clue about how to minister. My prayers were rote affairs that I engaged in with a heavy sense of discipline.

A project I led to Mexico with 60 of Mark Oestreicher’s junior high students made a big impact on me. While we had planned to build homes for the poor and do VBS, I had never seen junior high students go door-to-door and share their faith. What I saw amazed me. Those students led over 200 people to Christ in a week’s time.

Faith adventures in Mexico
The following summer, we took 750 people on projects and most of them engaged in evangelistic ministry. Though I had three new staff, it was a wild summer. 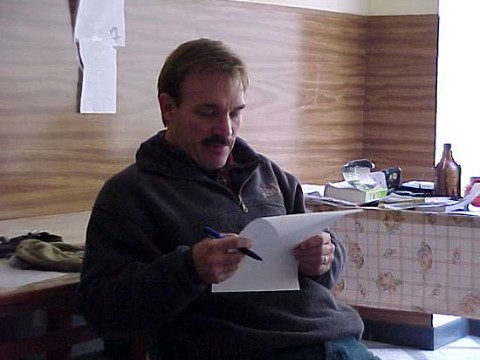 Leading four projects back to back in Mexico was a crazy thing to do. Each week found me more exhausted and more dependent on God’s grace. One week I couldn’t find the groups’ itineraries. So I frantically prayed, “God, get me to the airport when they arrive.” And each time I’d sense it was time to drive by the airport, I’d pull the van up just as the group got off the plane in McAllen.

In those days, if God didn’t show up, I was dead meat. On the day before the first project started, when the truck didn’t come to pick up the wood that we needed to build houses on the project, it forced me to take desperate measures. I went and rented a 24-foot Ryder truck, loaded it with wood on the U.S. side and began driving the truck toward the border crossing without any paperwork. I just had time to call my mom and tell her, “Mom, you’ve got to pray; I don’t have plan B. If I don’t get across, the project fails.”

When I got to the border, the guard waved the truck through as though it were a normal thing.

By the end of a solid month of projects, I was a crispy critter. And that’s how those early years were; I was driven and didn’t know how to slow down. We moved out of our garage and into a strip mall. By then, Lisa Finney, Sue Mast, Ron Campbell, and Bob Waag were with me.

Discovering listening prayer
At a retreat with Peter Lord later that year, God showed me that there were greater possibilities and depths in prayer than I’d ever imagined. I began to understand that it’s possible to hear the Lord’s voice, that prayer can be a two-way street rather than a boring monologue.

This newfound understanding about prayer began to filter through to our projects. I wanted other people to experience what the Lord had shown me. What a thrill it was to hear Him say He loved me. Everyone needed to have an encounter like that! .

In ’92 and ’93, I began to really wrestle with the downside of short-term missions: unless there was follow-up, they were destined to be mountaintop experiences that didn’t last. This was a double-edged problem. American young people couldn’t sustain the high of their trip back home, and the new converts on the field were being left like orphans without anybody to care for them. 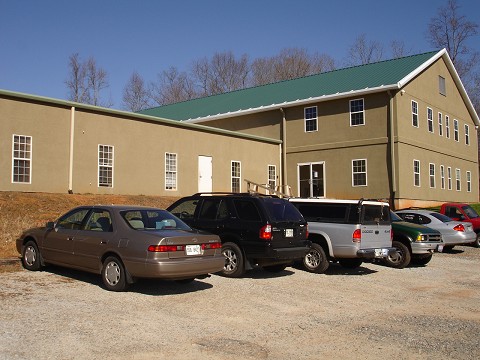 We started the intern program in order to address these problems. Though I knew next to nothing about how to disciple, the inherent flaw in a short-term mission experience forced us to begin to grapple with it.

Simultaneously, I realized that we needed a base in Mexico to facilitate our trips and train Mexicans to reach their own countrymen. This sent us on a year-long search (recounted elsewhere) for property that resulted in the establishment of the Gateway in 1994, and then a little later, our Mexican Institute.  It was a busy year that also saw us move our base of operations to Gainesville, Georgia.

Several years later, Jocelyn Woosely, a young lady who helped at the Gateway, was killed in a car accident in Mexico. The staff retreat that year was painful as we mourned her passing. God showed me that He brands those He loves. I remember standing up in front of the staff and trying to express this to them – it was tough on us all.

As my children began to grow up, I
became consumed by the urgency of the task of discipling them. This
began to bring focus to what God has shown me. People like Scott Borg
had similar experiences and helped shape the vision.  Since the early days, we taught listening prayer., but in the last ten years AIM’s discipleship programs have become the biggest part of our overall ministry. While we started out as a short-term ministry high school students, we’ve become more and more focused on discipling college students and twenty-somethings. 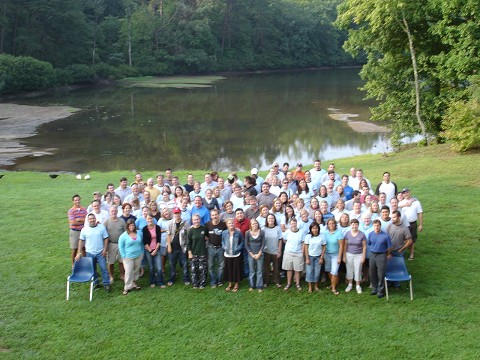 Over time, God has modified the vision. Our focus has crystallized around using missions as a discipleship tool. We’ve seen that the web is an efficient way to share opportunities with others. We’ve seen that the longer and more intensively we can disciple young people, the better the long-term fruit.

Young people are crying out for someone to invest in them and care about them. There’s a lost generation that wants to be shown how to count for Jesus. The revelation about how to reach out to them may be progressive, but the target remains the same.

The AIM board and I have for years sought a few leaders who could come alongside me and take the administrative burden off so that I could focus more on growing the ministry. Recently a number of new leaders have risen up (Clint Bokelman, Jerry Goode, and Michael Hindes taking big pieces of the ministry) , positioning AIM for even greater impact.

In the last three years, we started a number of new ministries like the World Race and our orphan ministries.  In each case God asked us to do something that seemed impossible and beyond our resources.  And at various times I’ve felt ready to give up.  But God loves faith, and as we hung in there and believed, these ministries have grown rapidly and made a big impact in places like Swaziland and Thailand. God’s showing us new ways to reach our world. And we’re discovering that there’s a generation of young people who deserve a higher calling than the risk-averse life of compromise that the church has given them.

That’s what my wife, Karen, and I have sought for our kids. Estie lived in the slums of Nairobi and Matamoros for a year. Emily ministered in drama and dance in South Africa for a year. Our old two children were among the first to go on the World Race. And our youngest, Leah, has ministered with us around the world. 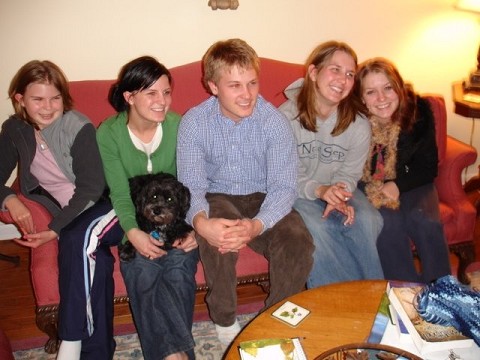 Our five children are representative of the generation that AIM has targeted. They are eager to make a difference, but have needed to be discipled and shown how to do so.
God has called us to raise up a generation of radically committed disciples of Jesus. We’re inspired by Jesus’ own example and seek to follow the methods by which he imparted abundant life to His disciples. It’s a vision that God revealed to me over time, never when I wanted it, but always just in time.