Kristina de Santiago and her husband Miguel represent the best fruit Adventures has to offer. She came up through AIM’s ministry as a teenager, married Miguel, and gave her life to Jesus’ grand mission of bringing hope in the Dominican Republic. Here is the story of how she decided to pursue…
By Seth Barnes
25 April 2011, 12:04 am
By Seth Barnes
25 April 2011, 12:04 am 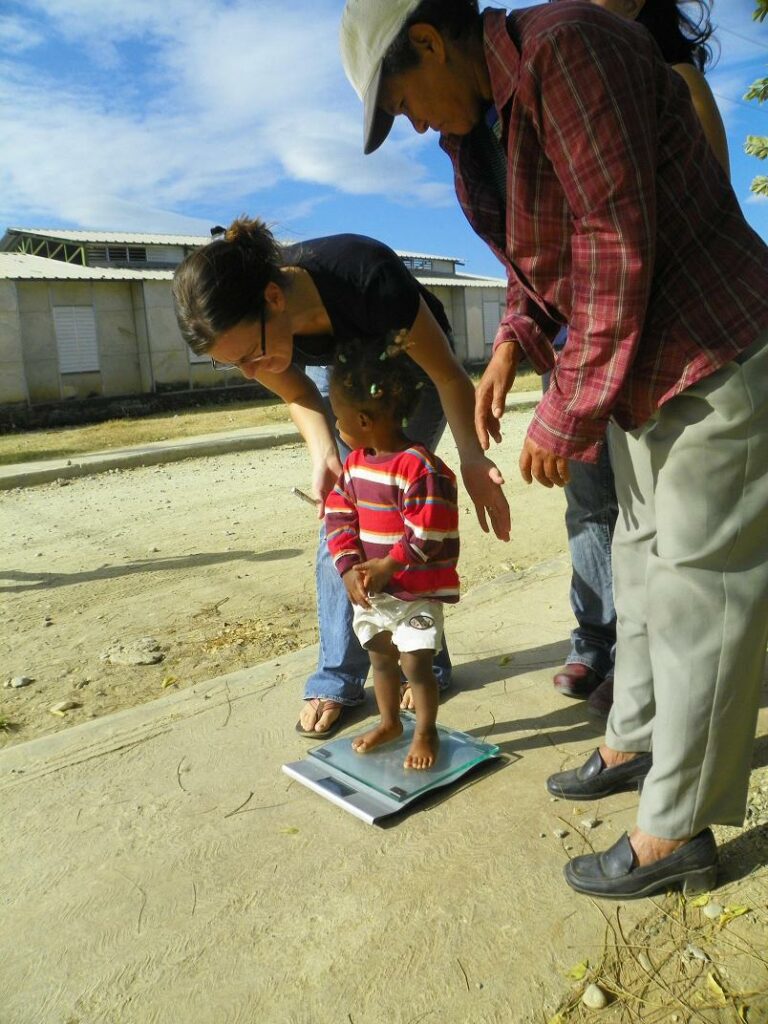 Kristina de Santiago and her husband Miguel represent the best fruit Adventures has to offer. She came up through AIM’s ministry as a teenager, married Miguel, and gave her life to Jesus’ grand mission of bringing hope in the Dominican Republic. Here is the story of how she decided to pursue a career in medicine to do that.
It is amazing how one day can change everything. This particular day was bright and hot, and I sat in a van with tinted windows watching the Dominican countryside roll by. The beautiful blue sky stretched across the brilliant green earth, and there were rice fields and giant fruit trees as far as the eye could see.
The van soon stopped, and we made our way towards a small pink house. Six people lived and slept in this house, and, for one day, they graciously opened up their home so that our group might use it as a makeshift clinic.
The living conditions of the family shocked me. I had not expected to be so disturbed. My chest felt tight, and the feeling was uncomfortable and a little irritating. The entire village soon gathered just outside the door, and it was not long before our first patient walked into the dimly lit room.
Sherry, a nurse practitioner from Ohio, began to rummage through her backpack. “He has an ear infection,” she announced as she peered through the otoscope into the ear of a sleeping and feverish baby. After a moment, a bottle of antibiotics and a small plastic bag of chewable vitamins were placed into the mother’s cupped hands. She cradled the medicine like a precious treasure and softly whispered, “Gracias.”
I stayed behind in the dark room feeling crushed by the weight of her poverty and wondering how long the painful ear infection might have gone untreated had our group not come to the village. Very few of the villagers had the financial ability to make the long trip to see the nearest doctor, and even fewer had the means to pay for medicine. I felt an immense sadness and a deep longing to be able to help. The feelings were so strong that I nearly burst into tears, but I knew that another patient would soon arrive.
A lady in a green dress came next. With limbs as thin as rails and an abdomen swollen heavy with child, she slowly and silently entered the room. Her dark skin and poor Spanish revealed that she was of Haitian descent while her sunken eyes and cheeks revealed the malnourished state of her frail body.
The growing ache in my heart became unbearable. I excused myself, walked out the door, and cried. As hot tears rolled down my face, I wondered how many other pregnant ladies were in the village. I felt angry, shocked, and sad and knew that there had to be something I could do to help women like the one in the green dress.

After a full day of seeing patients, the sun began to set behind the distant hills. Our team climbed into the van. I thought about how being a part of the medical team made my soul feel alive and how amazing it was to watch them mend broken bodies with medicine and broken spirits with kind words and smiles. While gazing out the window, I realized that I wanted nothing more than to spend my life caring for the poorest of the poor. I felt a strong sense of purpose and resolve rise up within me, and I knew that my life would never be the same. As the van traveled slowly through the night, I decided that I was going to be a nurse.

Five years later, my daughter sits on my lap and is rocked to sleep by the gentle movement of the van we are riding in the Dominican Republic. The beautiful countryside and the houses are the same, and my soul is just as alive as it was on the day it woke up in that tiny pink house. The only thing different about this day is that, instead of being a translator, I am a nurse. Looking back, I see how sitting face to face with unthinkable poverty broke my heart and led me to decide to pursue a career in health care. I see how my soul awoke in that poor village, and how one day truly changed my life forever.

Steve Basden gave up a successful career at UPS to chase after God and his call. That led him to …
09 June 2009

Rich Mullins was a hero

Yesterday’s blog explored the subject of heroes. Rich Mullins was one.  He was remarkable in…