How to debrief your mission team (part 2 – biblical perspective)

Why debrief? Because Jesus did it with his disciples. We see Jesus’ model of a short-term mission trip in Luke 9 and 10 as he sends out first the 12 disciples and later, he sends out six times that number. The disciples went to villages where they’d never been before, completely dependent …
By Seth Barnes
14 June 2006, 12:06 am
By Seth Barnes
14 June 2006, 12:06 am 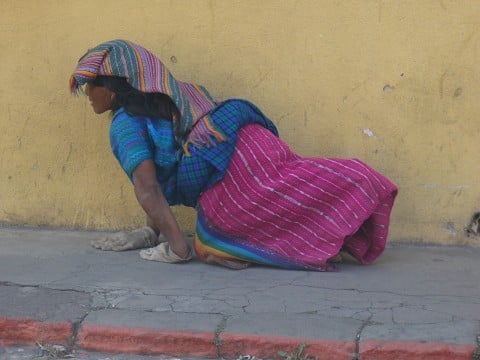 Why debrief? Because Jesus did it with his disciples.

We see Jesus’ model of a short-term mission trip in Luke 9
and 10 as he sends out first the 12 disciples and later, he sends out six times
that number. The disciples went to
villages where they’d never been before, completely dependent on God, and they ministered.

And of course, Jesus complicated matters for them by
stipulating that they take nothing along with them. He was interested in the spiritual exercise. He knew the experience would not only create the kingdom of God
in these villages, but would create the kingdom in the disciples themselves as
they relied on God in new ways.

In Luke 10:17 they return to Jesus and the debrief
starts. Here are its components:

1. They reported what they saw (“even the demons submitted”).

2. Jesus facilitated the debrief by explaining the spiritual
significance (“I saw Satan fall”).

3. Jesus puts it in perspective for their lives (“rejoice
because your names are written in heaven”).

4. Jesus praises God for what He did.

5. Jesus encourages his disciples (“Blessed are the eyes
that see what you see”).

This is a pretty good outline for a debrief. I recommend trying it. Another example of a debrief occurs in Acts14:26-28;
15:35 where the sending church at Antioch
received and debriefed Paul and Barnabas. It’s a different kind of debrief, more for the
church’s benefit than for the missionaries’ learning process. Here again we see that a straight-forward
recounting of ministry stories kicks off the debrief. Subsequently, they continue to minister to
the church at Antioch,
thus building its mission vision.

On your trip, you’ll want to replicate this biblical
model. While God has you in His
laboratory as you minister, you’ll want to regularly debrief what He’s doing (often
multiple times each day) as frequently as you have new experiences that God
wants to use as a platform for your spiritual growth. These mini-debriefs enable you to recognize
the truth of Ephesians 6:12 that we don’t war against flesh and blood. This is the principle Jesus sought to hammer
home in his Luke 10 debrief –

it can only be understood experientially. So many Christians who have read that Ephesians
passage believe it with their minds, but have never experienced its reality;
they are functionally agnostic about spiritual warfare. When they experience it and understand what
was going on “behind the scenes,” they truly understand.

When you and your team return home, those who have been a
part of the sending team, supporting you in prayer, need to have this same
opportunity to grow as you help connect the dots between their prayers and the
things that took place on the field. You,
the missionary, have had your debrief, now you have the opportunity to facilitate
their debrief.

Next blog: Why debrief? An experiential perspective.

What is Spiritual Feedback?

I grew up in a family that did not have great feedback loops. We were all about high-performance,…
29 December 2020

Beautiful Questions to Ask in 2021

It’s the in between time. Time to take a last look into that maelstrom that was 2020 before shutt…
28 December 2020

What Do Old Journals Say About My Life?

I have made a habit of journaling for most of my life. In the attic I keep a box spilling ove…