How to Minister: Touching Jesus the leper

Part Five in a series on “How to minister.” Continued from How to minister: Mourning with those who mourn (cont.) My coworker Amanda Petersen wrote the following beautiful and searing reflection on her visit to a leper colony in India. To me it captures the essence of Jesus’ injunction,…
By Seth Barnes
19 February 2007, 12:02 am
By Seth Barnes
19 February 2007, 12:02 am

My coworker Amanda
Petersen wrote the following beautiful and searing reflection
on her visit to a leper colony in India. To me it captures the essence of Jesus’ injunction, “when you’ve done it to the least of these, you’ve done it unto me.” God spare us from an antiseptic religion. 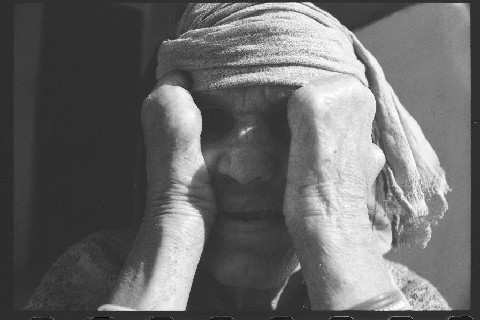 I was in a leper colony.

Sitting in a big wood box. Kind of like a bird house.

Next to a man with no hands, no tongue, no toes.

Sitting in his own excrement.

A few of us sit next to him. We put our hands on his
shoulder, his knee. We sing to him and pray over him.

He continuously looks up to the roof.

His face is one of desperation.

His head drops into what would be his hands.

More looking up to the roof.

He doesn’t know what we are saying.

The look that I saw in that man’s eyes was a reflection of
my heart. It gave face to how my inner being cried out, and still cries out, to
Christ.

I can’t shake this memory because I don’t want to.

I have so many questions about that man’s heart – his heart
as in the heart that we name as the core of us that is in relationship with
God.

I left there with a seed growing with the understanding that
relationship and worship and salvation and spirituality and religion and truth
and beauty oftentimes look a whole lot different than I would ever expect them
to.

Who was he looking to when his eyes went to the roof? What
came over him that brought those tears? Did that man not know Christ? Did he
not have a relationship with him that blows our American perspective of
relationship out of the box?

Continued in Learning to grieve