How to pursue a dream & find a call

In the last two blogs, I’ve talked about doing your dream rather building a career. Bob Kunkle illustrates my point perfectly. This is one of my best stories ever. As long as I’ve known Bob , he’s talked about his call to China. For a long time, this was just a dream and a pra…
By Seth Barnes
25 July 2007, 12:07 am
By Seth Barnes
25 July 2007, 12:07 am 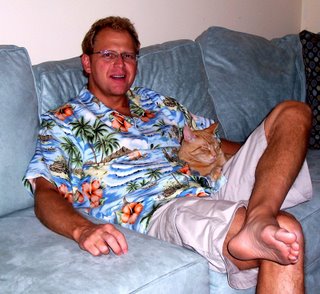 In the last two blogs, I’ve talked about doing your dream rather building a career. Bob Kunkle illustrates my point perfectly. This is one of my best stories ever.

As long as I’ve known Bob

, he’s talked about his call
to China. For a long time, this was just a dream and a
prayer request of his. We didn’t ever
talk about it much, but I knew it was there.
I’ve found that the really hard part about following God is just knowing
that He’s clearly said something. So, if
a person tells me that they’ve been called to a country, then I perk my ears up
and pay attention.

One day I found out about a
specific opportunity in China. I knew that it was perfect for Bob and I had
a strong sense that he should take it. I
picked up the phone to tell him, and when I got his answering machine, I’m not
sure what possessed me to do this, but I said the following in a deep voice,
“Hello Bob, this is God. You know that
I’ve called you to China
and now the time has come. You need to
go as soon as possible. Call the
following phone number and arrange to go over to China (and I gave the information he needed before hanging up).”

Now, that’s not something
I’ve ever done before. I don’t presume
to stand in for the almighty. But,
unbeknown to me, Bob was going thru a real struggle about his call to China. He was tired of waiting for God to show him
what to do. He was getting to a point of
desperation about it. So, he decided to fast
and pray. He had fasted for two days and
prayed for an entire night that the Lord would speak. Bob prayed and prayed all night long. He poured his heart out to God. He prostrated himself on the floor. “Oh, Lord,” he said, “show me how I’m
supposed to do this thing you’ve asked me to do.”

Towards early morning, he
felt the Lord’s peace flooding into his spirit.
He felt a release. He knew the
answer would come. Later he told me, “The
Lord clearly told me that morning that I would find out that day how and when
to go. He was very clear and my faith in Him just soared when the answer came
and I really began to feel that I had a real and personal relationship with my
Father in heaven. I started to recognize His voice better. Man did I cry a
bunch! I was laughing and crying and had a great deal of joy!”

The first thing Bob did when
he got to the office that morning was to check his messages and the first
message he heard was, “Bob, this is God.
You know that I’ve called you to China and now the time has come…”

To his credit, Bob didn’t
waste any time, but bought his tickets and was soon off to China fulfilling his call. Years later, Bob and his wife Shelly are living and ministering full time in China.

Almost everyone has a dream, but too few pursue them. It takes the kind of intensity that has you praying all night before God like Bob did. Sure, not everyone gets that kind
of direct sign from God, but often He does use a human being to communicate
what He has to say to you.

So, what is your dream? What is your call? He made you for a purpose and tells you (in Jeremiah 29:11-13) that you will find Him and his plans for you if you earnestly seek Him. What a promise! If you’re frustrated in hearing the call, be like Bob – be earnest in your seeking!