How to Transform a Poor Community Using Bitcoin

In my blog last week, I shared the story of El Zonte, El Salvador, a town that decided two years ago to switch its currency to bitcoin. Most people, when they think of bitcoin, think of it as a speculative investment that has gone from being worth pennies to hitting all time highs this fal…
By Seth Barnes
10 November 2021, 12:11 am
By Seth Barnes
10 November 2021, 12:11 am 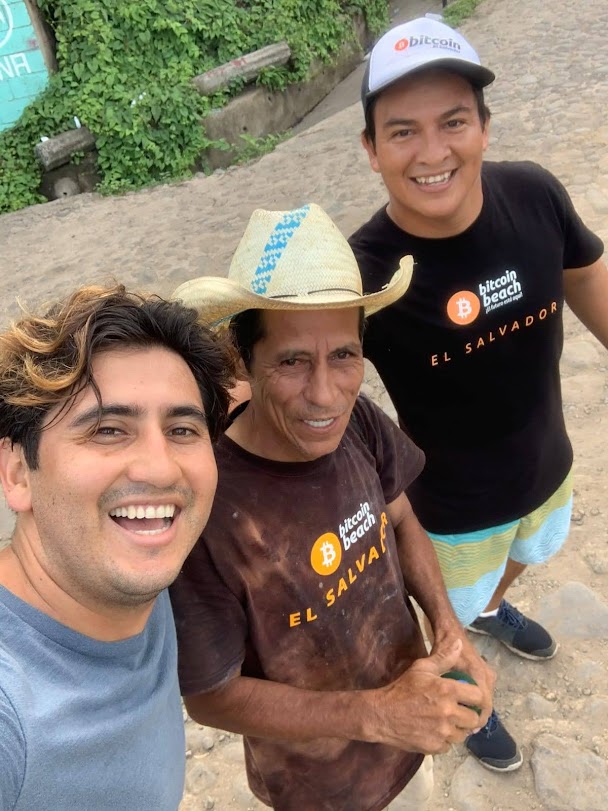 In my blog last week, I shared the story of El Zonte, El Salvador, a town that decided two years ago to switch its currency to bitcoin.

Most people, when they think of bitcoin, think of it as a speculative investment that has gone from being worth pennies to hitting all time highs this fall and $66,444 at this writing. But it is so much more than that. Like the internet itself, it is a disruptive technology that will remake our lives in profound ways.

Bitcoin is based on a revolutionary invention: blockchain. By sharing the same information in real time around the world, blockchain technology eliminates the possibility of counterfeiting. It makes it possible for strangers to trust one another because they trust the blockchain. It will radically transform our financial system in years to come.

Bitcoin is an investment because the number of coins is limited and publicly validated. As opposed to dollars or pesos, more cannot be printed. So yes, it can be an investment, but it also serves as a currency – a unit of exchange that, because it functions peer-to-peer, has almost no transaction fees associated with it.

In developing countries like El Salvador, because it is digital, bitcoin is a faster, cheaper way to handle the transfer of funds from America where relatives are working than Western Union.

But the real power of bitcoin to revolutionize the lives of those trapped in poverty is in changing their mentality from survival to being able to plan for a future where they have resources. It does this by creating a virtual banking system accessible from our phones.

In last week’s blog, I introduced you to Adrian, an illiterate day laborer whose life was changed when he was paid in bitcoin. But that was just one half of the equation – the demand side. To empower Adrian, he needed to have places to spend his newfound currency – he needed shops that would take his bitcoin.

To make El Zonte a bitcoin-based economy, shops had to be persuaded that it would be safe for them to take bitcoin. They had to know that they would then be able to use the bitcoin to either save or to buy other goods and services.

In a way, this required a community-wide corporate trust fall. Someone had to have enough trust relationships to persuade (and in some cases guarantee) that it would be safe to make this transition to bitcoin. Shop owners and people like Adrian needed to know that they would not be playing a game of musical chairs and be left without a seat when the music stopped.

This person was Mike Peterson, a surfer who had moved his family to El Zonte years ago and had established a local ministry called Hope House, a ministry with hundreds of trust-based relationships community wide.

Mike and his team told the shop owners they knew “trust us – we will make sure you don’t lose out if you’ll take this risk.”

The older shop owners didn’t want anything to do with it. They didn’t understand the digital economy. So Mike began by going to the young people in El Zonte. Using funds provided by a donor, he began paying them in bitcoin to clean the beaches. Then he got some of the shops to accept it. They made money from the kids who spent there.

When other shop owners and businesses saw that they could make money, it took off. The micro-economy was working!

El Zonte is ground zero for a financial revolution that will circle the globe, empowering young people. Other nonprofits like Hope House will spring up specializing in the process that Mike pioneered.

40 years ago, I saw this same dynamic with micro-credit as I worked in Indonesia. After successful models were established, billions of dollars poured into such efforts. And 30 years ago, my wife and I were among the first to homeschool our kids. Last year during the number of homeschoolers grew to almost 4 million. Revolutions take time and begin with early adopters.

Today in subSaharan Africa, 41% live on less than $2 a day. That number will drop as more and more villages are introduced to a bitcoin-based economy and children are educated by connecting to free online learning programs like Khan Academy.

I want to help those who will lead this movement. Matt Gerber is an example. He will take the learnings from El Zonte and apply them in Jeffrey’s Bay, South Africa, a town where he has hundreds of trust relationships.

And once Matt has figured out what works, he’ll take that model to the ministry he helps run in Eswatini that feeds 8,000 vulnerable children in 40 communities. These are children who not only deserve a good meal daily, they deserve an education and access to opportunity. In the years ahead, I believe they will get both.* This is a model that will go worldwide.

*I’ll periodically report on the progress of this project and give readers the opportunity to participate in it.

Steps to Move to a Bitcoin Micro-economy

How Bitcoin Will Empower Those Trapped in Poverty

At 60 years old, Adrian Torres had lost all his teeth. Life has been hard on Torres. A constr…