How Will You Know if Your Season of Winter is Officially Over?

I got up early this morning. It was cold. Our cat – an outside cat – knows that too well. He has been toughing it out in frozen places outdoors this winter. I looked at the weather forecast and saw that it is going to climb up into the 60s today and never go back below freezing for the nex…
By Seth Barnes
18 March 2017, 12:03 am
By Seth Barnes
18 March 2017, 12:03 am 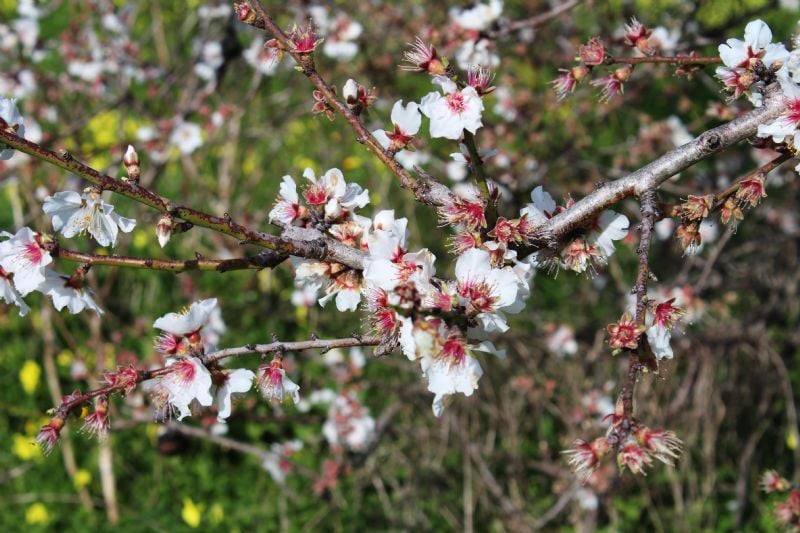 I got up early this morning. It was cold. Our cat – an outside cat – knows that too well. He has been toughing it out in frozen places outdoors this winter.

I looked at the weather forecast and saw that it is going to climb up into the 60s today and never go back below freezing for the next 10 days. I figure it’s the end of winter.

We all go through seasons of winter and then those seasons end. Winter is a time when all the evidence points towards death. In winter, the parts of life that were beautiful and growing fell to the ground. Cold air blew away everything green and vibrant.

What is difficult is discerning when our season of winter is over. During winter, you can feel like the sun will never warm the earth again. You lose hope. You reconcile yourself to survival living.

In our seasons of winter, relationships and dreams that shimmered with life appear to be dying. At Adventures, we’ve experienced a season of winter. We had grown complacent as year after year we grew and enjoyed the fruits of growth.

But then, imperceptibly, things began to change. Our call hadn’t changed and our hearts to serve were the same. But as a group, we stopped really listening to those we serve. We stopped being deeply responsive to their needs. Frankly, the buck stops with me – I wasn’t leading as well as I have in the past.

We needed to be pruned. We needed to rediscover why God dreamed us up and called us together in the first place. It was the work of winter. Subterranean work. When branches get lopped off, roots dig deeper and life pushes upward and outward.

This is what is happening now. We have been finding ways to more deeply connect with those we serve. They are looking for connection and dialogue.

Some time ago, one of our participants was sent home because we were worried about him. In our view, he was in a bad place. After coming to that conclusion, the process of communicating this occurred quickly – too quickly.

As often happens when someone has to leave community and enter a lonely space, that time became a season of winter. It felt like rejection. His spirit was jolted. It was hard. A dialogue and a clearer understanding of the process would have served him better. He wanted to know why the process was so quick.

Our answer: “Because we were worried about you.”

“Was that worry born of fear or care?” He asked. “Because if it was care, you would have walked me through the process more gently and you would have cared for me more once I was back home.”

It’s a righteous question and conclusion. We don’t want to send people into a season of winter if we can avoid it. Still, change is hard. Since then, we have sent other people into seasons of winter, even while working hard not to.

And the pain they feel is real. When you’re in a winter season, you can be cold to the touch. People avoid you. Maybe you remind them of the pain of their own winter seasons. Maybe the silence you feel from God scares them. They feel awkward. Your place of rejection taps into the rejection they too easily fall into.

But winter has to end. At some point, Narnia thaws and Aslan appears. The temperature outside begins to climb and if you listen, you can hear a bird’s song announcing change.

Locked up inside, we can miss some of the signals that may give us hope.

Jeremiah was a man who lived in the worst of winters. His nation was destroyed – his friends and family devastated. “I am the man who has seen affliction by the rod of the Lord’s wrath,” he said of himself. (Lam. 3:1)

But God had not forgotten him. One day he wanted to speak with Jeremiah about the coming change of seasons.

The word of the Lord came to me: “What do you see, Jeremiah?”

“I see the branch of an almond tree,” I replied.

The almond tree is the first to bloom and the last to bear fruit. There  are almond trees blossoming all over Israel now. Their blooms are a tangible sign of a change of seasons – warmth returning.

Consider the possibility that there’s an almond tree blooming outside your window right now.

Have you been in a season of winter? Has it felt as though spring would never come? We all go through seasons like that. But then comes the day of new blooms that signal an end to your pain.

Look beyond the shuttered window of your soul. Maybe there’s an almond branch blooming or a robin on the lawn. Maybe God is sending you a sign that your season of pruning and pain is coming to an end.

I believe I’m hearing a few songbirds outside. I pray that you hear them as well.