I know a miracle when I see one

Steven Reed, a recently returned World Race alumnus from the July 2011 W Squad, tore his ACL in the first month of the Race. He decided to tough it out and continue for the next ten months. His teammates prayed faithfully for healing, and a year later Steven is seeing the fruit of those prayers i…
By Seth Barnes
31 July 2012, 12:07 am
By Seth Barnes
31 July 2012, 12:07 am

Steven Reed, a recently returned World Race alumnus from the July 2011 W Squad, tore his ACL in the first month of the Race. He decided to tough it out and continue for the next ten months. His teammates prayed faithfully for healing, and a year later Steven is seeing the fruit of those prayers in the form of a miracle. Here is his story.

This story starts in Ecuador, nearly a year ago. 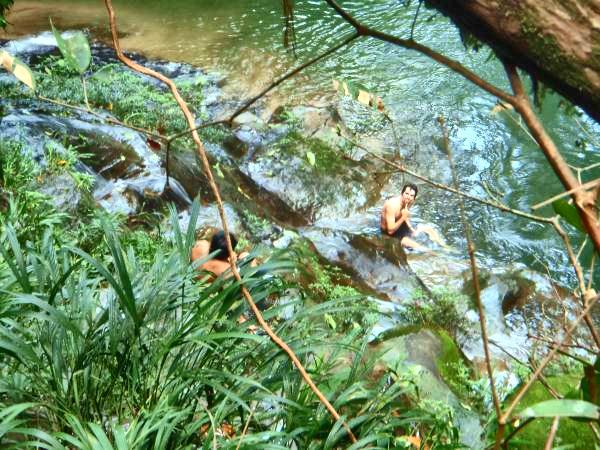 It was two weeks into Month One of my Race in Huaticocha, Ecuador. My teammate, Glenn, and I had decided to go on a hiking "manventure" with one of our little Ecuadorian friends. During the hike I fell off of a 60-foot-tall waterfall, landed in the river below, suffered some pretty nasty cuts, and smashed my left knee on a rock on the way down. It was swollen for a few weeks, and when I got back to Quito I had an MRI done to confirm that I had a torn ACL.
I've torn both my ACLs previously in high school and college, and this was just as painful, if not worse. For those of you that don't know, once an ACL is torn, it requires arthroscopic surgery to be fixed, as it is impossible for it to naturally fix itself.
But, once it is torn, it is torn, and the risk of reinjuring it is not too high, assuming I learned my lesson and stopped falling off waterfalls. After talking to my surgeon back home, my parents, squad leaders, and spending a lot of time in prayer, I decided to stay on the Race. God just wasn't done with me yet. I stayed and continued to Peru with complete confidence that God would protect me and that his purpose would be fulfilled for me. I knew I wasn't supposed to go home. I planned to have surgery when I got back to the States in a year.

The next 10 ½ months were injury free, thankfully, and my team and others on my squad spent significant time praying for healing for my knee. We saw no change in my knee, but we believed in God's ability and to heal me and prayed expectantly for it to happen.
It's crazy how God used the knee injury on the Race for good and to fulfill his purpose for me and those around me. 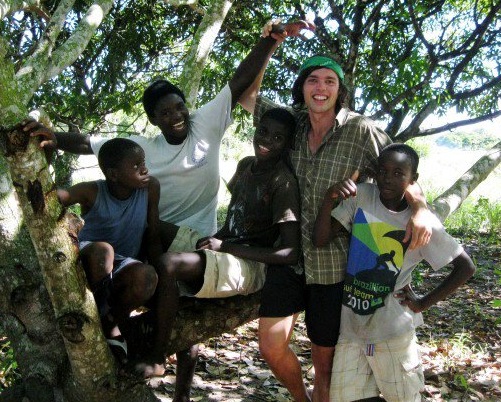 I've always been athletic, and sports have been my go-to form of ministry and interaction with kids on the field. God took this away from me, and I learned so much about doing ministry aside from sports, whether it was sitting on the sidelines and playing with toddlers, or sharing with an onlooker who was also unable to play. The opportunities I would never have had to impact someone's life seemed to happen all the time as God placed different people in my path. I learned so much about being relational, meeting people where they are, and letting go of what I see as my strengths in order to serve His greater purpose.
I returned home in June, and the following week went to the orthopedic surgeon to have my knee looked at again. Yup, it was still torn. The doctor felt my knee, looked at the MRI, and confirmed as much. However, he suggested another MRI be taken since the previous one was a year old (having been taken in Ecuador). Two weeks later I went back to have the MRI, and then I went back two days after that to get the results. I had cleared my schedule for the following week, ready to have surgery once I confirmed again that the ACL was torn.
Here's the conversation I had with the surgeon:
Surgeon: "Steven, how are you? How is the knee feeling?"
Me: "It's been doing pretty well, honestly it hasn't bothered me a whole lot. I haven't tried to play sports or anything though since I hurt it."
Surgeon: "Well, are you still planning on having surgery next week?"
Me: "Yes sir, I want to get it done as soon as possible so I can get done with the recovery sooner."
Surgeon: "Well, after looking at your new MRI…umm, I can't exactly explain this, but your knee looks fine. Your ACL is completely healed. You don't need surgery anymore."
Me: "Whaaaaaat!"
At this point my jaw had pretty much dropped to the floor. I was shocked. There must be a mistake…or had God healed me? Ever the skeptic, I needed to ask more questions.
Me: "Sir, do you have an explanation for this?"
Surgeon: "Umm…well, no. It is medically impossible for the knee to heal itself. There is no blood flow to the ligament. My only thought was that maybe the image wasn't…maybe it wasn't clear the first time. I thought I had the wrong knee, to be perfectly honest. As far as I'm concerned, you could walk out of here and go play basketball right now."
And at this point I interrupted him, needing no more.
"I've been praying for this knee to be healed for a year. Sir, that was God!"
I know a miracle when I see one. 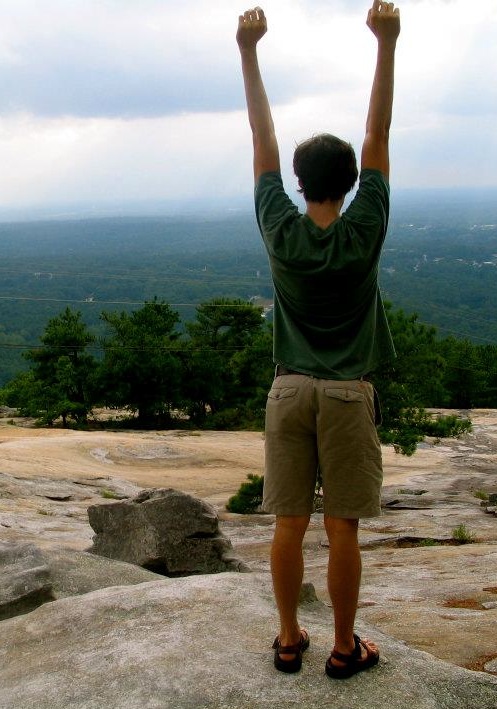 God healed my knee. There is no other explanation. God is still alive and moving yesterday, today, and tomorrow. I went to the gym last week and did one of my favorite things in the world – I played full court basketball for two and a half hours for the first time in a year.
It's funny because after I got home from the Race I felt myself almost give up on God healing my knee. I had prayed for the knee for 11 months, and nothing happened. I was on the World Race–wasn't this where miracles were supposed to happen? Maybe they only happened to other people. To little kids in the African bush or to a woman dying of cancer in Cambodia. Not to me, right? Wrong.
God did not need to heal me. I could have had surgery and recovered in due time, but God chose to heal me. For me, this is an incredible reminder of his continued faithfulness in my life. Whoever is reading this, I encourage you to continue to believe that God is active and moving in your life and wants the best for you. He isn't done with you yet.

Pray without ceasing. Pray expecting God to show up. He does.