‘If you were to die tonight’

Hello from Paris. Being on this trip to Africa reminds me of our first trip there in 1999. I have a philosophy that if you’re postured for adventure, it comes looking for you. Crazy stuff is always happening to me in the strangest places. We were returning from Kenya. Karen and I caught a flight…
By Seth Barnes
22 May 2007, 12:05 am
By Seth Barnes
22 May 2007, 12:05 am

Hello from Paris. Being on this trip to Africa reminds me of our first trip there in 1999. I have a philosophy that if you’re postured for adventure, it comes looking for you. Crazy stuff is always happening to me in the strangest places. 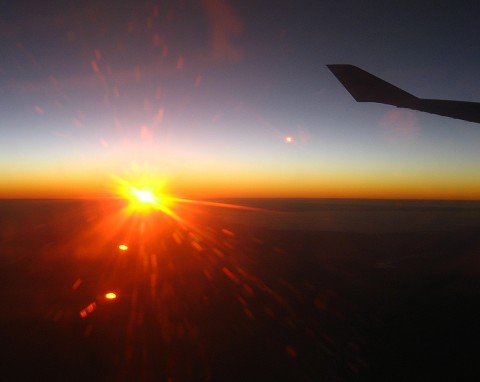 We were returning from Kenya. Karen and I caught a flight from Nairobi to Paris.

After serving dinner and a movie, they had turned the lights off and everybody in the plane except the pilots were asleep.

I had a keep-the-light-out blindfold contraption covering my eyes and was out cold when I was awakened by a woman’s distressed voice across the aisle from me.

In great disorientation, I yanked off the blindfold to see what was the matter.

On the other side of the aisle from me was an Indian man, apparently the woman’s husband. It was hard to make out exactly what was going on, but he was obviously choking. In fact, he had vomited all down his front.

His wife was too large to unwedge herself from her seat and was helpless to do anything as her husband turned blue. He was completely unable to breathe.

This kind of thing happened to me once before – a man collapsed and had a heart attack just a few yards from me on the Mexican border in 1990. You never quite know what you’re going to do when you’re in a state of shock.

I unbuckled my seatbelt, jumped across the aisle, and reaching over the seat and around his stomach, began administering the Heimlich maneuver. I’d done this a couple of times when my children were smaller and gagged on a piece of meat or something, but this was different – he was a real, live choking person!

After a couple of upward thrusts of my fist toward his sternum, he expelled whatever was blocking his air pipe on my sweater and began breathing again.

Karen had pushed the stewardess call button and about that time a group of them showed up to clean the mess. We all then tried to go back to sleep.

The next morning as we were making our approach to De Gaul Airport and preparing to land, the man thanked me.

I replied: “God must have a special purpose for your life, having spared it last night.” Maybe it was a cheesy missionary thing to do, but I couldn’t help using the classic EE line, “If you were to have died tonight, do you know if you would have gone to heaven?