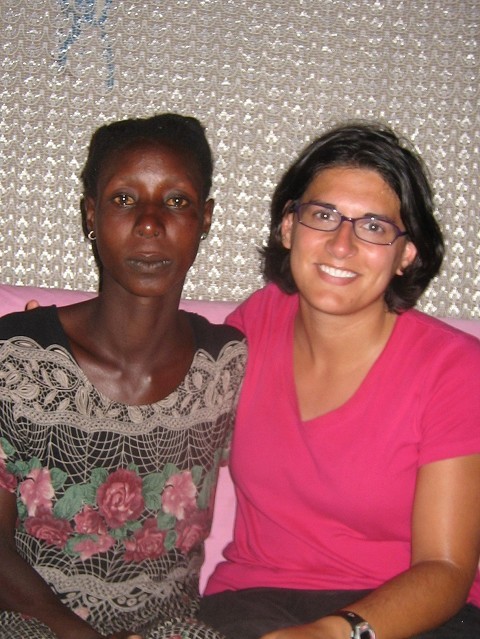 Elizabeth married young and was widowed within the decade. She was left with five children and the AIDS virus.

Living
with that disease – and in poverty – makes her and her family even more
vulnerable to pneumonia, malaria, tuberculoses and other infections.

For almost eight years now, she has fought to maintain her health and her purity, desperate to provide for her family.

Unfortunately, in a region of the world that is being devastated by the AIDS virus, becoming a widow is not uncommon. And
just as in Biblical and Roman times, unless a relative comes to her
aid, a widow’s future in Kenya is bleak. Thankfully, these women are
starting to band together in fellowship if not in cooperation with each
other, but there is otherwise very little hope for them.

Some
widows in the Lake Victoria region catch minnows to dry and sell as
bait. Others gather firewood to sell. A lucky few are crafty with their
hands and make baskets or jewelry to sell. But – more often than not,
unfortunately – most widows supplement their income by selling their bodies.

I was in tears as Elizabeth shared her story with me. I sat beside her on the couch to hug her and pray. She clung to me and wailed to the Lord. I didn’t understand the words, but the tone was unmistakable! I
prayed for God’s tender mercies to fall upon her, for healing in the
name of Jesus, and for continued provision and blessings.

Elizabeth was finally “inherited” by her late husband’s brother. Even though this is not an ideal situation – especially for believers – polygamy is common and a legitimate means of protection/provision.
Belonging technically to a man means she is less at risk of being
propositioned by other men. And that helps to reduce the spread of
AIDS.

Unfortunately,
this man also has another wife and six children with her. And that’s a
lot of mouths to feed and school fees to pay.

Pray for PEACE in their homes.

Lorna is 29 years old. She was widowed three years ago. Now she lives alone with her 10 year old daughter.

Her
late husband’s brother tried to inherit her – at the mother-in-law’s
insistence. But he was also still young and newly married (to a
different wife), so when Lorna asked to be released from that arrangement, he agreed.

Lorna and her daughter are both HIV negative – Hallelujah!

And she tests herself often to prove to her in-laws and potential suitors that she is clean. Lorna has many potential suitors
because she is strong, smart, and very beautiful. She insists that they
get tested too before they have any relations together, and since they
always refuse, she has managed to maintain her purity. In this way,
Lorna is setting a good example for her daughter and other widows in the community.

Lorna
used to have a lucrative cloth-selling business. However, she recently
spent a lot of her savings on the construction of her home and on
taking care of a sick sister, and now she doesn’t have enough capital
to start-up again. Meanwhile, she catches minnows to dry and sell as
bait. Often, it is not enough to put food on the table, there is always a lot of love in their home.

Women
are seen as property in this culture, so without a husband, the future
looks bleak. Widows resign themselves to being inherited. Fortunately,
SEEK and local churches are reaching out to these women, encouraging
them to continue to depend completely on the Lord.

He
offers us the nations as our inheritance (in Psalm 2:8), and we’re out
on this mission trip claiming land and people for the Kingdom. So, I hereby claim these widows as part of my inheritance! God, father them, love them, redeem them, and enlarge your Kingdom through them!