Inviting You to an Epic Life 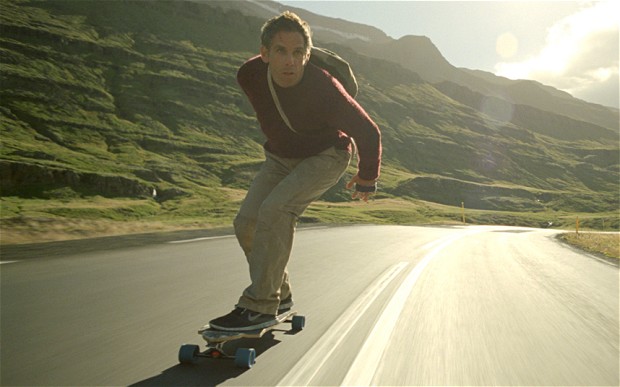 Walter Mitty was an ordinary man who lived an epic life in his head. In the recent movie, Mitty gets to exchange his drab life for an epic life. It’s a fantasy many of us share. It begs the question: Can you choose to live an epic life?

I believe you can. It’s an option for all of us. Jesus invited his disciples to live an epic life, and over time they did. He described that life as being full or abundant.

I’ve seen so many people decide to make the “Mitty exchange”. Not content with the life that someone else mapped out for them, they decide to opt for the road less traveled, wherever it may lead.

Kenny Sacht is an example. He was living a good life. By all accounts, he was successful. But he was possessed by a dream and by the notion that, as impossible as that dream seemed, maybe he could breathe life into it.

Kenny kept imagining a home that would rescue young girls caught in the sex trade in Manila. And one day that dream became so real, he quit his day job to pursue it.

He founded Wipe Every Tear, and dozens of former bar girls in the Manila are glad he did. He helps them get out of the sex trade and into safe houses. Eventually, he sends them to college and helps them get a job.

Along the way, he’s faced all kinds of problems – raising funds, finding staff, caring for family back in Idaho. Nothing is easy, but his life is on an epic track and he feels fully alive.

What does “epic” mean? When we think of epic movies, we think of Lawrence of Arabia, 216 minutes of desert landscapes and a man facing impossible odds as he fights for a cause. The word “epic” has to do with scale. We can go further and do more than what seems normal. In the light of an important cause, normal no longer matters.

When it comes to epic poetry, we think of the Iliad. Again the theme of a hero embarked on an extraordinary quest during the Trojan war. To live an epic life, you’ve got to tackle a problem that shakes the heart of God and you’ve got to spend years at it.

And in our troubled world, there is no shortage of problems. Poverty and illness stalk millions of people the world over. Orphans cry themselves to sleep. Yes, problems we’ve got, but there does seem to be a shortage of heroes.

You don’t have to look like Schwarzenegger to be someone’s hero. You just need to prioritize their needs for freedom and justice. If you commit to helping them, and spend your life well in their defense, you may just be a hero. And when you look in the rear view mirror, you may have lived an epic life.

An epic life in Scripture

Granted, the call to an epic life can sound self-aggrandizing. But it’s not. God calls his people to live lives like that throughout Scripture.

Read Isaiah 58. That’s the passage that illuminated my imagination and got me going back when I was in college. God makes a promise:

If you are generous with the hungry
and start giving yourselves to the down-and-out,
Your lives will begin to glow in the darkness,
your shadowed lives will be bathed in sunlight.
I will always show you where to go.
I’ll give you a full life in the emptiest of places—
firm muscles, strong bones.
You’ll be like a well-watered garden,
a gurgling spring that never runs dry.

After reading that passage, I thought, “That’s the kind of life I want to live. My own needs are so small in comparison with the needs I’ve seen. I want to be so generous with the hungry that I live a glow-in-the-dark life.” And once I’d settled that, the die was cast.

Do I have to quit my day job?

Inevitably when God meets a man in the Bible and asks him to embrace a problem and partner with him, at some point the man wants to duck and run. Embracing change is hard enough and partnering with God can feel crazy. Moses lived in the wilderness before becoming the leader of a nation. Jonah was a reluctant missionary.

The Bible is full of complainers who become heroes – flawed men demonstrating divine power as they embarked on a mission that overwhelmed them. When God’s power flows through a man, it’s going to look epic.

Look, you can have an ordinary job and live an epic life. You can look tame on the outside, but be wild on the inside.

Bob Goff never quit his job as a lawyer. But he had a dream of rescuing children caught in abusive situations. So he founded Restore International. Goff has a habit of saying yes to God. He is God’s yes-man.

And that’s how we get started. Just pick a problem, find someone’s story that moves the heart of God, and say yes.

People discount the possibility of living an epic life for a variety of reasons. “I don’t want to stand out or call attention to myself.” “I am not that gifted,” etc.

But we are not the point. The point is that God created us to depend on him and to see what can happen when we are operating in his power. When that happens, then limits get lifted.

Yes, there is the limit of your own small story, your lack of experience, and the small dreams of the people around you. And at the same time, there is this: Your friends and family may have limited aspirations, but they don’t need to define you.

The Bible tells us we can do all things through Christ. What does that mean? We won’t know until we begin to look into the stories of the oppressed in our town and around the world that move the heart of God.

God is pleased with you just the way you are, so pleased that he wants to show you what his definition of abundance looks like by inviting you to an epic life.

Think about the things God wants to see happen and think about how he wants to use his power through those who make themselves available. If you rely on God to do the things that only he can do, your life is going to be epic.

And yes, you may fail. You may embarrass yourself. Because God uses people’s weaknesses to display his power, your friends are going to see your flaws. But we all die with our flaws exposed anyway. And dying with regrets and dreams undone is no way to go.

Mary Douglas posed the question we all need to answer, “What will you do with your one wild and precious life?“ The options are limitless for would-be heroes. Why not embrace one of God’s impossible dreams? He’s inviting you to live an epic life.

For ideas on overcoming obstacles to living an epic life, go here.