Is it time to declare a mission trip moratorium?

Writing in Sojourners, Troy Jackson declared that it’s time to declare a moratorium on short-term mission trips. He makes the following points: According to Wycliffe Associates, approximately 1,600,000 Americans participate in mission trips each year. Assuming a cost of approxima…
By Seth Barnes
15 June 2010, 12:06 am
By Seth Barnes
15 June 2010, 12:06 am 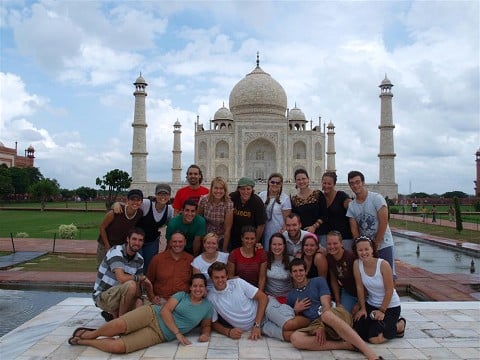 Writing in Sojourners, Troy Jackson declared that it’s time to declare a moratorium on short-term mission trips. He makes the following points:

Given all this, Jackson has a proposal to make:

Declare a Mission Trip Moratorium. Still raise the $2 billion,
but invest that money in economic development and community development
projects led by the indigenous peoples themselves.

Interesting. As one who has written on some excesses with short term missions (Are mission trips faddish?), I agree with the notion that much of what Americans do on their mission trips could be done better.  Point 2 is one big reason why -paternalism is often a problem. And point 3 is true, many mission trips do nothing economically for the country (many of them are ministry-focused, so that’s not a goal of the trip, leaving one to ask the question “Is Jackson’s point that only those mission trips that focus on economic development are viable?”).
That said, for the purposes of this blog, let’s focus on points 1 and 4 and the draconian conclusion Jackson suggests of no more trips. As one who is often quoted on the subject of the scope of short-term missions, here is the reality I’ve found. First, Wycliffe’s number of 1.6m is realistic. Robert Priest of Trinity Seminary has cited that as many as 2m short-termers in his estimates. Unfortunately, from here forward, the article makes a number of errors,
Error #1: The majority of the approximately 1.6m mission trips are not international, but U.S.-based. Implement the moratorium and the main thing that would happen is that a lot of youth groups wouldn’t go to places like Chicago and Detroit and West Virginia to do projects.
Error #2: Because most projects are domestic, the median average price of a trip is closer to $300 than to $1500. A slight difference in money being spent on trips.
Error #3: Most monies raised for mission trips come from a different source than monies for missions as a whole. They are not allocated in advance, but are raised through car washes and garage sales and letters to Aunt Sally. If you didn’t do the mission trips, most of that money would not be available to reallocate.
Error #4: People actually give to what they experience. They give to missions because they’ve been involved. Roger Peterson’s study through STEM showed that giving to missions over-and-above trips actually goes up because of mission trips.
Error #5: The article correlates immigration policy to missions without making the case. It’s an odd correlation. Yes, both involve cross-cultural relationships, but how is stopping mission trips going to correct the perceived injustice done through immigration policy? If anything, it’s likely to make U.S. citizens more xenophobic if we prohibit interaction with those overseas through mission trips.
And what about situations like Haiti’s earthquake? No relief groups should go there? Really? I can point to a lot of lives that have been saved because of the wonderful hearts of those who went on mission trips to help out since the earthquake.
Having said that, we do need a dialogue about how to do mission trips with excellence. That’s why I’m a big fan of the STM standards of Excellence. Many mission trips should be re-directed to someplace cheaper and more accessible where inexperienced groups can begin putting Jesus’ Great Commission into practice. Hey, “Go into all the world and make disciples” is a foundational tenet of our faith. Almost all modern missionaries start out as short-termers. Proposing that we temporarily suspend the experiential starting place for understanding Matt. 28:19 seems like asking the church to throw the baby out with the bathwater.