Isn’t it time we learned to raise the dead? 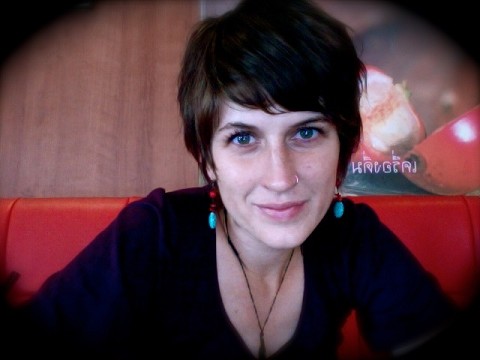 Kristen’s experience shows us that they are wrong.
I introduced you to Kristen a couple of weeks ago in this post about a blind girl named Sarah. Listen to what happened to her in Cambodia this week.
*            *              *            *              *            *              *            *
Meeting Liney at the Blue Pumpkin
Today, I am sitting in the coffee shop, the
Blue Pumpkin, minding my own business, trying to write a blog when I
look over and see Michele at the counter. A quick scan of the Blue
Pumpkin and I see Liney, Carrye and Pastor D also.
Immediately, I jump
up and start waving to catch their attention. After a quick round of
hugs Liney asks if there is air conditioning anywhere in the coffee
shop. I can tell she isn’t feeling well and so I quickly usher her
upstairs and put a fan on her.
Knowing I am a nurse, she begins asking
me about her ailments. She is not sitting for more than a couple minutes
when she asks for the bathroom. Carrye, not wanting her to be alone,
walks her downstairs. Before my eyes she looks as though she is becoming
weaker.
Carrye puts a hand under her elbow as they walk downstairs.
Liney never makes it to the bathroom but stops at the “wash station”
(the sink outside the bathroom) and begins throwing up.
I quickly grab my bag, ditch my
computer and say a quick prayer that no one steals it as I run to the
top of the steps. By the time I reach the stairs I see Liney on the
ground. The thought, CRAP, she is gray! runs through my mind.
She is ashen gray. Michele hears her gurgling and is afraid she is
choking on whatever it was that made her sick and tries to raise her
limp body to a sitting position.
I run down the stairs and feel her
wrist. Nothing. “We need to lay her down.” I say.
I check her neck.
Nothing. I look at her eyes; constricted pupils rolling in the back of
her head. I call to her loudly. Nothing. I check to see if she is
breathing. Nothing!
Start CPR you fool! Just as I begin to move
over her to start CPR Carrye says, “This is spiritual!” So we began to
pray. We all lay hands on her and begin
praying.
Within minutes of us starting to pray for her, her eyes roll
forward. She inhales a deep relieving breath. We allow her to lay there a
few more minutes before sitting her up. She is still very pale, she can
not feel or move her right arm.
Her
pulses return, faint and slow at first, but after a few minutes of
sitting they normalize into a rate of 70 beats per minute. She begins to
move her right hand. Looking from her hand to all of us surrounding
her, I can tell she is still discombobulated, she asks Carrye, “Did I
die?”
As soon as Liney can stand we move her into a Tuk Tuk to take her
back to their hotel.

When we arrive Liney is resting in bed and as we sit down she begins
to tell us her side of the story. . . . She couldn’t remember what she
saw exactly, but it was bright. It was beautiful and peaceful. She said
that she felt well and happy. She said that she then heard us calling
her and thought, why are they bothering me, I am happy here. She
said she was confused and frustrated because she heard our calls to
her, but did not want to leave where she was, it took her a while to
reconcile the two and then she opened her eyes.

Afterward, my mind began
turning over every scenario in my
head. Maybe she did just pass out. But
why wasn’t she breathing? Without initiating CPR what made her start
breathing
again? How did her color turn gray so fast? Why didn’t her pupils react?
Maybe
I just couldn’t find her pulse . . . no, I know what I felt or didn’t
feel rather.
Why
was her arm numb? Why couldn’t she feel it or move it? She wasn’t out
long
enough for it to have fallen asleep. She didn’t land on it wrong. She
didn’t
lay on it. You checked her over afterwards, Kristen. You know
at first you could not find her pulse in that
arm. You prayed, checked it again, 40 beats per minute. You prayed
again, finally, 70 beats per minute and her feeling returned. She could
squeeze your hand.
There is no denying what happened.