Yesterday’s blog described a power encounter that our team in Peru had with a demonic presence a few days ago. Afterwards, they were understandably jazzed. Having been raised in our cynical American culture, they’d read about Jesus doing miracles, had read about him telling his disciples that the…
By Seth Barnes
28 January 2008, 12:01 am
By Seth Barnes
28 January 2008, 12:01 am

Yesterday’s blog described a power encounter that our team in Peru had with a demonic presence a few days ago. Afterwards, they were understandably jazzed. Having been raised in our cynical American culture, they’d read about Jesus doing miracles, had read about him telling his disciples that they’d do even greater things, but had never personally experienced what it was like to wield his delegated authority and power. They were tired of believing one thing and living another – they felt like hypocrites (actually, I think their whole generation feels this way). 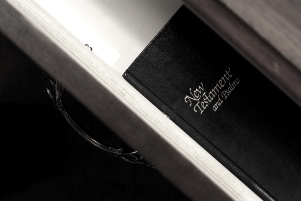 We had told them to sit tight, that they would get “to do the stuff.” So after their experience, having seen the power of God with their own eyes, they were buzzing with excitement. That night, as a team, they pressed into God. They praised him, they prayed for one another, they yelled out to God, did some deliverance on one another, and experienced what they felt was the presence of Almighty God. All in all, a good night I’d say (here’s a blog from one of our team members describing it).

The team had never experienced anything like this. Those who didn’t understand it and were disturbed by it did the right thing by looking in the Bible to see what it had to say (can I just disarm a few of you would-be critics by saying, “Yes! Please, we need to check our experience against the Bible”). But then they took it too far by standing up to say, “It’s not biblical.” Even if the person saying this is right, it makes them appear as a superior interpreter of Scripture than others and is a subtle put-down. You could make a case for saying “it’s not biblical” is itself not biblical because it violates Romans 15:1-2, 7, inviting a tit-for-tat argument instead of promoting unity.

Jesus was never a fan of appeals to Scripture to undermine what he was doing. The devil did it at the beginning of his ministry, and the Pharisees were forever missing God and using Scripture to back up their unbelief. Jesus’ response to them in Matt. 22:29 was typical: “You are in error because you do not know the Scriptures or the power of God.”

When Christians say something “is not biblical,” they often are treating the Bible as though it were not open to interpretation. The problem is, while the book of Leviticus, for example, may be written in a way that requires little interpretation, most of the rest of the Bible is not. It requires the reader to go through at least these three questions to figure out how to live his or her life:

1. What does the Bible actually say?

3. What is it saying to me today?
Reasonable people who love Jesus disagree violently about how to answer these three questions on almost any given passage. You’ll often hear Bible scholars talk about how important context is to discover what is “biblical.” And while it’s true, it still doesn’t make the Bible any more self-evident or less subject to interpretation.

Whole denominations have sprung up in response to the phrase, “it’s not biblical.” The Amish don’t find any evidence of electricity or technology in the Bible, and so, they’ve mandated a lifestyle that avoids such “un-biblical” things. The Mennonites agreed, but felt they were taking it too far (and didn’t like the way they did Sunday School, which is something else that is un-biblical), and modified their strictures.

Think of all the debatable things that people say either are or are not un-biblical:

I want to join Rodney King in asking, “Can’t we just all get along?” Yes, we have to be discerning. But before you go declaring “that’s not biblical,” can you please take a look in the mirror and realize that you’re just a flawed interpreter of Scripture like the rest of us?

As the result of a power encounter in a refugee camp of an earthquake zone, our Peru team got zapped by God a few days ago. You can see a video of where they were, above. It’s a powerful video, take a minute to watch it.

Afterwards, they spent about three hours on their faces before him. Because of the turbo-charged atmosphere and some of the strange things that happened, a few team members wondered whether any of it was in fact of God. Now, I believe this is a good thing. Scripture tells us that we’re to test things and we know we have an enemy who counterfeits experience. I also believe that the Bible is the inspired word of God, without error in its original form. So, let me distinguish between an appeal to the Bible as a source of truth and a polemical short-circuiting of that process by declaring something unbiblical.

The problem came when someone uttered the following phrase as a means of justifying their perspective: “this isn’t biblical.” As though there is always some unarguable standard of what is acceptable behavior. The fact is that, while the Bible gives us the Ten Commandments and a number of precepts that are incontrovertible, it also leaves a lot that is open to interpretation.

Take for example the most famous thing Jesus said – John 3:16. Let’s look at the context, that is, the verses that precede it: “Just as Moses lifted up the snake in the desert, so the son of man must be lifted up, that everyone who believes in him may have eternal life.” (John 3: 14 – 15)

Here are some things we could interpret as biblical or not biblical based on this passage about what it means to “believe”:

I could keep going with this list. What are we to make of Moses and the snake? Hyper-literalists somewhere have no doubt built one of the 30,000+ Christian denominations on this. After all, one sees snake handlers in West Virginia because the Bible says that snakes won’t hurt believers.

If experts like Charles Ryrie and John McArthur, who have given their life to properly interpret the Bible, can write whole books contradicting one another on the subject of what Jesus meant by “believe,” what are the rest of us no-account interpreters of Scripture to think?

It’s important that we look at Jesus’ words and try to interpret them. But beware of people who say, “that’s not biblical.” What they really mean is, “that’s not how I interpret Scripture.”

Ultimately it is the Holy Spirit, the Bible says, who will lead us into all truth. Truth is absolute, but we see thru a glass darkly and would do well to declare our understanding of it with humility.