I lost a close friend yesterday. Jack Larson connected more people to God’s heart for the poor than just about anyone I know. I was one of many whom he deeply impacted. It was 1982, Jack and GeorgiaAna Larson had just moved to Santo Domingo, capital of the Dominican Republic. Jack was gett…
By Seth Barnes
01 September 2020, 12:09 am
By Seth Barnes
01 September 2020, 12:09 am 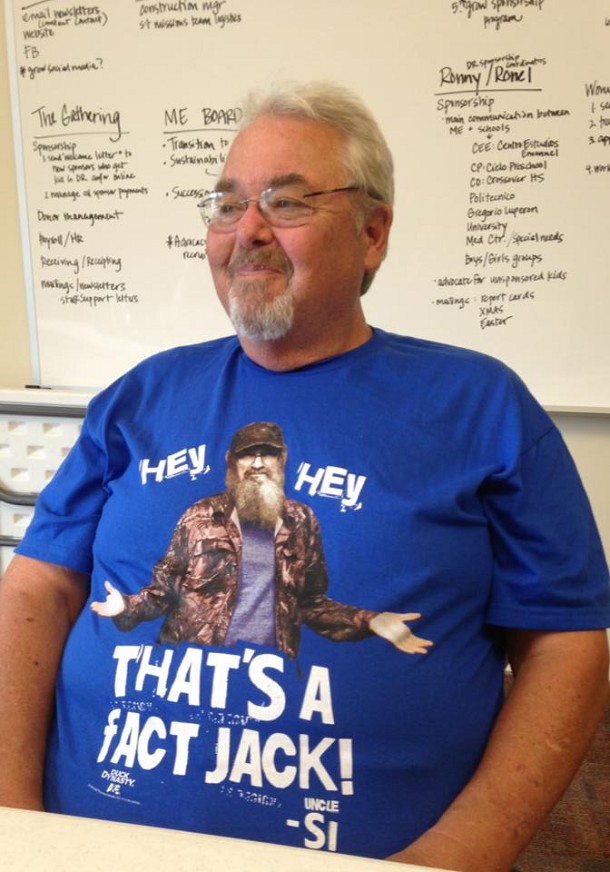 I lost a close friend yesterday. Jack Larson connected more people to God’s heart for the poor than just about anyone I know. I was one of many whom he deeply impacted.

It was 1982, Jack and GeorgiaAna Larson had just moved to Santo Domingo, capital of the Dominican Republic. Jack was getting Youth for Christ started in the DR. I remember how Jack loved to go out to eat and talk. Being new to the island, I was desperate for connection. And Jack was a world class connector. So we shared a lot of meals!

The D.R. became a second home to Jack. Later, he asked me to come join him there to help run a mission project for over 200 people. We built five churches and the experience changed a lot of lives. I remember taking four buses to a beach on the north coast and suffering four flat tires along the way. But the day ended well and became just another of the thousands of stories people still tell about Jack’s impact on their lives.

Some people criticize short-term trips like that as a conscience-salve for rich white people. Jack saw that Jesus used short-term trips (see Luke 9 & 10) to activate his disciples and thought “if it was good enough for Jesus, it’s good enough for me.” He admired Bob Pierce and encouraged others to pray his prayer, “Lord, break my heart with the things that break your heart.”

Jack had a brash way of asking you to do things you wouldn’t otherwise do. Because of Jack, so many people have had their hearts righteously broken by the things that break the heart of God. So many have chosen God’s agenda for their lives over a life of comfort.

I was one. Graduating from business school in 1987, I saw my classmates getting high-paying jobs on Wall St. Jack said, “Come work with me and we’ll start a mission agency together. I know that God has a call on your life. I can’t really pay you, but you can raise support.”

Of course, as any of you who have worked with Jack know, working with him was not an easy assignment. Like me, Jack was full of passion and lots of ideas. We were a pair. Soon, our ministry was growing like a house afire. And when houses are on fire, people run around and act crazy.

A couple of years later, it was obvious to Jack that something had to change and he asked me to leave. It was one of the most devastating moments of my life. And it killed him to do it.

Years afterwards God showed me, “You thought that Jack betrayed you – that was me promoting you! Your time with him was an internship. It was necessary for you to become the leader I wanted you to become.”

Wow – what a lesson. So many people miss this, mistaking God’s promotion for betrayal. It was one of the toughest lessons of my life and for years I couldn’t recognize it. Eventually I realized, “You know, I’ve been like that in some people’s lives. I’ve made promises I couldn’t keep. People have looked to me and I’ve disappointed them. But God used me to get people where he wanted them to go.”

A few months after that, I met Jack in Vero Beach and asked him to forgive me for not understanding how God had used him in my life. I thanked him for being a friend. I asked him for a hug and I wept. Of course he forgave me and hugged me.

God used Jack in a lot of people’s lives like that. He was complicated that way. He started lots of stuff knowing that others would finish it. And if there was a mess in the process, he knew that God would redeem it.

Jack never got the people of the D.R. out of his heart. He started a ministry called Mission Emmanuel that continues to help the poor and forgotten in the DR. He also adored his daughter Juliana. Though he was often sick, he never wanted to stop loving people or doing anything that might make a difference.

Jack Larson was an original. If I’m to finish out my life with the passion he had, my work is cut out for me. Lots of us are living a life of purpose because he walked the earth and impacted us. Jack, we’ll miss you!

Steve Basden gave up a successful career at UPS to chase after God and his call. That led him to …
09 June 2009

Rich Mullins was a hero

Yesterday’s blog explored the subject of heroes. Rich Mullins was one.  He was remarkable in…