When I was growing up and even after I’d become a man, I
didn’t know there were such things as knuckleheads. It took years of marriage
to teach me that.

When I was 10 and my sister Liz was seven, we were
having a birthday party outside. As she was opening up her best present and
just as she began to open the wrapping paper, a bird aimed a small bomb that
splattered squarely on the present. I laughed until I cried. That was me being
a knucklehead. 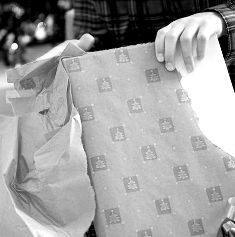 When my mother carefully prepared a surprise party for a
cousin and I hinted to that cousin that something unexpected might happen, I was
a knucklehead.

Later in life, when I was courting Karen and wanted to
get her something very special, I spied a beautiful mink coat at a secondhand
shop. The best thing about it was that it cost just $40. It did have one
problem.

The mink was beginning to separate from the lining in strips. But no
matter; I got some masking tape and held it together. Karen got her money’s
worth at the expense of her knucklehead boyfriend as she and her friends went in
the other room and broke into gales of laughter.

Even in my 30’s, I suffered the fate of a knucklehead.
I recall serving on the elder board at our Presbyterian church. One evening the
elders and the deacons were sitting around discussing the difference between
elders and deacons.

I offered the following explanation, “The deacons are like
glorified go-fers.” People looked at me as if to say, “Who is that knucklehead
at the end of the table?” I later apologized and took another step towards
sanity.

It’s a sad fact of life that the world is full of
knuckleheads.