Timothy Haley had it all. He'd graduated from law school and gotten married. And at 29, he had a great job with a respected law firm. But a trip to Africa last year wrecked he and his wife Hannah for the ordinary. “Hannah and I were married three years ago this month," he wro…
By Seth Barnes
18 July 2012, 12:07 am
By Seth Barnes
18 July 2012, 12:07 am 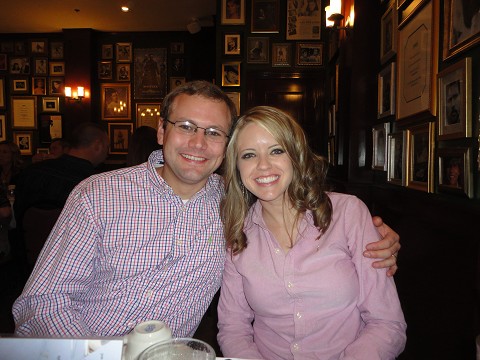 Timothy Haley had it all. He'd graduated from law school and gotten married. And at 29, he had a great job with a respected law firm. But a trip to Africa last year wrecked he and his wife Hannah for the ordinary.

“Hannah and I were married three years ago this month," he wrote. "We have worked hard to build ‘the American Dream.’ We both have good jobs, a nice home, cars and a dog. The only thing we are missing is the white picket fence and we could potentially be the model American Dreamers."

"The only problem is that we feel like we have been sold a lie. We recently have come to understand that the American Dream may not be God’s dream for our lives.”

Hannah said about the Africa trip, “It basically just broke our hearts … it really opened our eyes because we just have it so great here in the United States, we just knew that we wanted to do something to help people and share the love of Jesus.”

Some research led them to the World Race. Currently they're at training camp, and they will launch in September.

It's such a rare and counter-culture thing to do. I wondered where this kind of dedication comes from and found part of the answer in a local newspaper article about the Haleys. It says that they are very involved in Joshua's Place, their local church.

I looked up Joshua's Place on line and read what they say about themselves: "We believe that people are tired of religion. Our prayer is that when you walk through the doors of Joshua’s Place, you will not have another religious experience but experience the touch of GOD. Our God is an awesome God who can perform the miraculous and do the impossible."

Wow. There you go. If more churches believed that and raised their young people to believe that, we'd have more people like the Haleys embracing Jesus' dream instead of the American dream.