Letting go of loved ones

One of my dear friends, Mark Almand, has written a beautiful and powerful book about fatherhood. It is called Claude’s Canvas. I highly recommend it – and you can download it free from Amazon between August 28 and Sept 1. I asked Mark a few questions about the writing process and h…
By Seth Barnes
28 August 2012, 12:08 am
By Seth Barnes
28 August 2012, 12:08 am 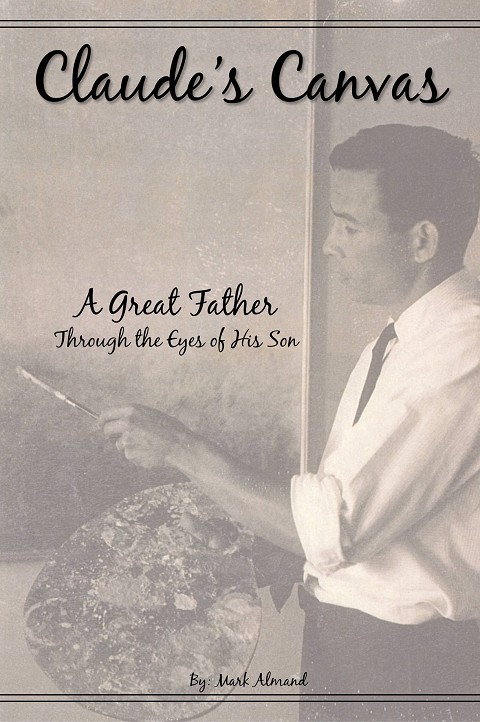 One of my dear friends, Mark Almand, has written a beautiful and powerful book about fatherhood. It is called Claude’s Canvas. I highly recommend it – and you can download it free from Amazon between August 28 and Sept 1.

I asked Mark a few questions about the writing process and how he feels about the challenges of letting kids go.

Seth: I’ve been hearing about this book for a long time. So the thing is finally ready to launch?

Mark: I don’t know. I guess so. My kids told me to let it go. They pointed out that I was editing it in circles! I took that as a sign that it was ready.

Seth: Why couldn’t you let it go?

Mark: In this case I was trying to write a book that would bring my dad back. Which is ridiculous, because obviously no book can ever do that. God also showed me that he knew what he was doing with my dad, even in my dad dying. So I was able to ask for forgiveness and give my dad to God. And then I was able to release this book.

Seth: We need to do the same thing with our kids, don’t we.

Mark: Yes. Hanging onto our kids is a sin. We have to let them go.

Seth: Why is this so hard for Christ-loving fathers?

Mark: God raises dads up to be protectors like him. But our role changes with seasons, and the letting go is supposed to be incremental, so the kids can learn to look past us to God. Something happens, though, and the protector impulse becomes our identity. We take over for God. It’s like the pastor who is called by God to build a church in a specific area. And the church itself, that particular church, becomes God. Some pastors will even harm other churches in order to build that particular church, thinking it’s OK because their call is to that church. In both cases, the original impulse was rooted in love and was formed in God. But it morphs, and in the end, our insistent and blind adherence becomes major sin.

Seth: What’s the key to being able to let go?

Mark: This may sound like a platitude, but it is as simple and as difficult as this: Prayer. It is constant prayer, with an ear toward God, asking him to direct. God recently showed me that I had to release my son in another big increment. So I called my 19 year old at college and told him he wouldn’t be hearing from me as much as he did last year. I told him it wasn’t because I was mad or anything like that. It was because he was entering a new phase in his life. And I believed part of that phase was for him to have room to make his own decisions and his own mistakes and write his own checks and learn to seek God.

I also knew that letting go was as much for me as it was for him.

Seth: Your book has gotten a lot of reviews from readers who have said, “I laughed and cried the whole time.” What’s that all about?

Mark: The book uses a lot of writing methods that, in concert, seem to kind of break through barriers. There’s a combination of narrative, some poetry, humor, drama. I labored over every word of the prose. If I can be so bold, I suppose it’s like good worship or quality art. Those things pierce the walls we erect around our souls. When the walls get pierced, the light can come in, and that light changes us. Many people came to me after reading the book and said, ‘This made me remember that,” or, “My dad never said this or that to me, but now I sort of get that he wasn’t able to,” that kind of thing. The book didn’t exact the change, but it did pierce the walls and let the light come in.

You do not need a Kindle to read Claude’s Canvas. Get a Kindle app for your device (PC, Mac, iPhone, iPad, etc. ) here.