Our team of volunteers on Lesvos, Greece just witnessed a miracle this past weekend. They are responsible for feeding and clothing the thousands of refugees still coming across from Turkey in the cold Mediterranean waters. You are probably aware of the story of Jesus multiplying food to f…
By Seth Barnes
11 January 2016, 12:01 am
By Seth Barnes
11 January 2016, 12:01 am 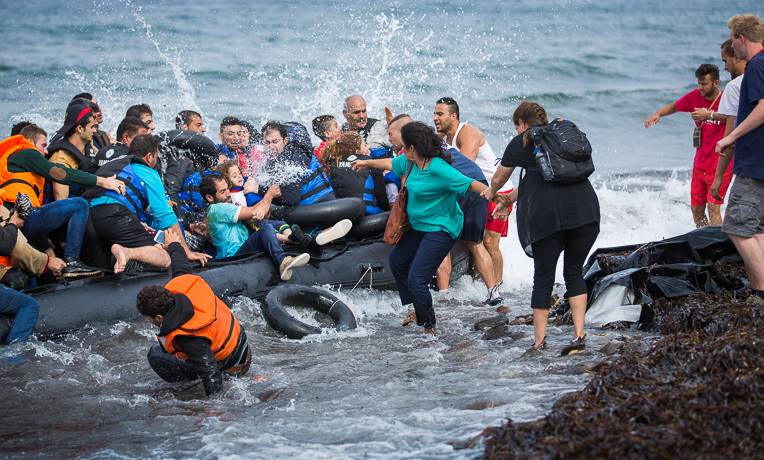 Our team of volunteers on Lesvos, Greece just witnessed a miracle this past weekend. They are responsible for feeding and clothing the thousands of refugees still coming across from Turkey in the cold Mediterranean waters.

You are probably aware of the story of Jesus multiplying food to feed 5000+ people. They were hungry, but all they had was a few fish a some bread. Team member, Dayna Bickham reports:

We saw a genuine multiplication miracle last night. We had almost 400 people in our block at Moria last night and enough food to give every other person food.

We prayed for Jesus to provide and thanked him for loving these people extraordinarily well. We had 7 of these black trays of food.

These are the three we had left over when we were done handing out food. People were bringing us the left over unopened meals. When we took up all the trays to stack outside there were ten of them. I know my God is able, He is true and He is good.

To summarize: 400 hungry refugees just off the boat from Turkey. We served them individual meals for about 250 in 7 trays. When they were finished eating, instead of 150 people who didn’t get food complaining, there were multiple trays left over!

Tell that to your cynical friends. I can hear them already, sounding like Thomas, “Unless I see the nail holes in his hands, put my finger in the nail holes, and stick my hand in his side, I won’t believe it.”

We are a nation of cynics. Those of us who follow Jesus may feel like salmon swimming upstream against this negative current. But God is alive and performing miracles like this around the world! We who follow Jesus and trust him get to see them all the time. For another 83 stories like this one, go here.

Next time you talk to a cynic about Jesus being the son of God, tell them this story and show them this picture of three of the food trays that came back. If they need more evidence than that, I can put them in touch with Dayna or her team.