One sweltering summer afternoon in the Reynosa Salvation Army orphanage I sat in a swing for about half an hour with an orphan on my lap. He was not like those rough urban kids who’ve been burned so many times that they push you away when you try to befriend them – rejecting you before you ca…
By Seth Barnes
29 November 2007, 12:11 am
By Seth Barnes
29 November 2007, 12:11 am 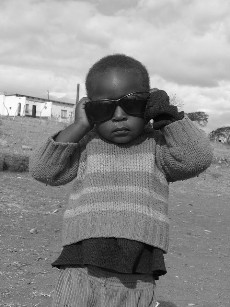 One sweltering summer afternoon
in the Reynosa Salvation Army orphanage I sat in a swing for about half an hour
with an orphan on my lap. He was not
like those rough urban kids who’ve been burned so many times that they push you
away when you try to befriend them – rejecting you before you can do what
everyone else has done and reject them.

His need for affection was so
great, it overwhelmed whatever reticence he felt about sitting in the lap of a
total stranger. Like the vast majority
of orphans, he suffered from a severe love deficit.

Because God is love, he has a keen interest in the plight of the
love-deprived. We think religion is
about what happens on Sunday; God says true religion is loving orphans in their
distress. But how do you do that practically
when we in America are so far away from them?

There are so many things we can’t do because of the great distance
between us and most of the world’s orphans. But here’s some good news about an old technology – email – that can help.

While email has been around for a while, it is only now becoming accessible to many of the poorer countries of the world where so many orphans live. Because email is old hat for us, we don’t recognize it’s huge potential for expressing love to orphans as the internet makes the final jump from your living room to an orphanage office or nearby internet cafe. Now, thanks to email, it is possible to do something that used to be
impossible. We can now express our care
for a specific orphan in words over a span of years.

Distance may make hugging an
orphan impossible, but the internet now makes it possible to be present in his
life and to demonstrate the kind of parental concern that he desperately
craves. Orphanages located near internet
cafes will transform the way ministries like Children’s Hope Chest or
Compassion or g42 ensure that orphans in places like Africa or India receive
care. Then it’s up to us to maintain
those relationships for the multiple years that they need.

This is the ministry of presence, despite the distance, and
sometimes, language barrier. For an orphan to have someone communicate
care by sending a periodic email message when others
have forgotten is to say, “You matter.
All evidence to the contrary, you are special.”