I just returned from speaking to the student body at Columbia International University. My topic: “God made you for greatness.” When you talk to a large group like that, you see that young people are very different than they were even a generation ago. Young people aren’t tuning in to talking hea…
By Seth Barnes
07 February 2008, 12:02 am
By Seth Barnes
07 February 2008, 12:02 am 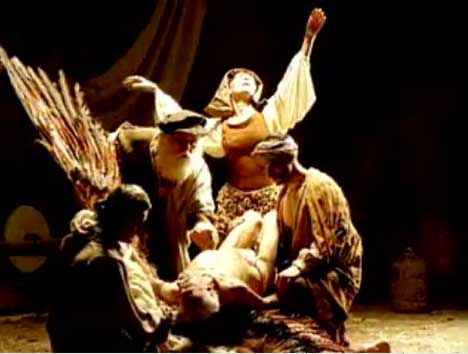 I just returned from speaking to the student body at Columbia International University. My topic: “God made you for greatness.”

When you talk to a large group like that, you see that young people are very different than they were even a generation ago.
Young people aren’t tuning in to talking heads like me in the same way they used to.  R.E.M.’s hit song Losing My Religion (video of the year in ’91) may have meant something personal to Michael Stipe, but for many, it was an anthem describing their attitude toward faith as their parents practiced it.

This poses an interesting challenge for the ministry I run, AIM. We take young people to other countries, expose them to poverty and sometimes danger, and help them to grow. We’ve become excellent at this and take thousands every year. But what young people want and what their parents want often look different.

Recently, two fathers of solid participants told us that their daughters reported excessive bad language and some secretive drinking on their team. The fathers are disappointed in our program and I have to ask myself, “Where did this come from and what does it mean?”

Unfortunately, I think this behavior is representative of some broad trends among young people that have leached out into our programs. Yes, we can address the symptoms by better policing our standards, but that won’t get at the underlying causes. Too many parents are oblivious to this sea change in the youth culture.

I asked my own twenty-something daughters where this comes from and they told me the following, “Our generation sees that their parents’ way of doing religion is broken. They don’t want to turn out that way. It’s very important for us to be authentic. So, the cussing, drinking and tattoos are small ways of rebelling. We may not know exactly where we’re going, but we know where we don’t want to go.”

It’s sobering to hear that. In my 20 years of discipling young people, I’ve never seen anything like this trend. How will we respond?

Well, for one thing, AIM doesn’t mind admitting those young people who have lost their religion, so long as they’re looking for the real Jesus. On the other hand, if they’re more interested in their rebellion than Jesus, then it’s sayonara.

Life is hard. We enter the world screaming, live 80 years and then spend our last years in some n…
10 October 2018

You Can Change Your Family’s Future

What do you think: Can we can change the course of our family’s history by the way we live…
25 September 2018

A Better Way to Do Funerals

In my family, we are approaching a generational shift. Most of my parents’ generation has died …