Mail-order bride capital of the world

What former Soviet Republic leads the world in mail-order brides, alcoholism, and depression? If you guessed Moldova, a failed nation-state that is wedged between Ukraine and Romania, you’re right.   So much seems broken and unfixable in Moldova that its citizens have given up.  Our t…
By Seth Barnes
20 May 2009, 12:05 am
By Seth Barnes
20 May 2009, 12:05 am 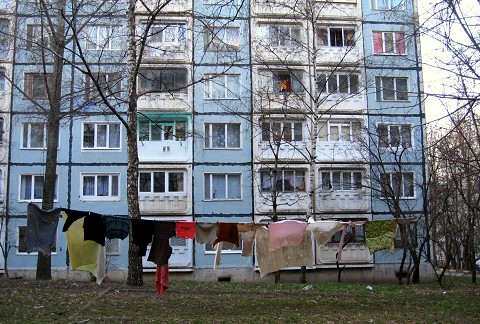 What former Soviet Republic leads the world in mail-order brides, alcoholism, and depression? If you guessed Moldova, a failed nation-state that is wedged between Ukraine and Romania, you’re right.

So much seems broken and unfixable in Moldova that its citizens have given up.  Our team members were shocked by how few people ever smile there. And why should they? One village in which we worked was representative of what they’re up against.  Most were unemployed. The only jobs to be had were in the coal mines. 85% of the adults were drunks. The 16 kiosks in the village all sell alcohol.  People start drinking at a young age. It’s typical for them to begin drinking at breakfast.

Little has changed from the days of Brezhnev.  Because the communist economy has nothing to offer its young people, they are left with two options lose themselves in drink, or get trafficked to another country.

Small wonder that a recent uprising would turn violent and briefly splash onto the front pages of newspapers. But what the world didn’t see was the tragic official governmental response.  In America we expect that the 200+ protesters will get a slap on the wrist.  In Moldova, according to recent testimony, the women were turned over to the police, who then raped them.  Apparently, this happened with the full knowledge of the president.

Small wonder that so many young women are candidates for being trafficked out of the country. How much worse can it be? Eager to leave and find a job elsewhere, they jump a promises of glamorous international work.

The good news is that even in a dark place like this, the gospel shines brightly. In the town of Slobazia, for example, a youth group called Youth on Fire regularly wakes up at 5 a.m. to meet for praise and worship.

If Moldova is ever to experience the kind of revival that these youth are praying for, more of us who have the call of God on our lives need to join them in their prayers and in their efforts.