Ministering to the poor

is particularly relevant given an experience we had with a homeless guy last night here in Colorado Springs. Tom Davis describes it here. 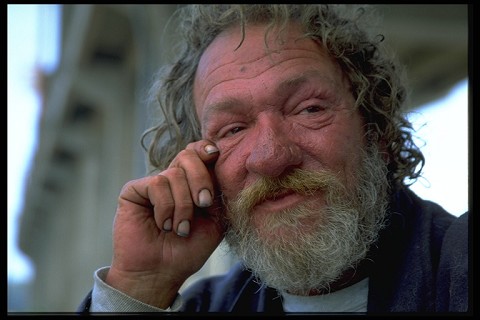 Ministering
to the poor

It is a beautiful thing when folks in poverty are no
longer just a missions project but become genuine friends and family with whom
we laugh, cry, dream, and struggle.

Charity wins awards and applause, but joining the poor
gets you killed. People are crucified
for living out a love that disrupts the social order, that calls forth a new
world.

Jesus was not simply a missionary to the poor. He

Jesus said, “The poor will always be with you.” Jesus is pointing the church to her true
identity – she is to live close to those who suffer.

Ghandi said, “Ask the poor. They will tell you who the Christians are.”

While
ministering alongside Mother Teresa, he noticed her deformed feet and was told, “Her feet are deformed because we get just enough donated shoes for
everyone, and Mother does not want anyone to get stuck with the worst pair, so
she digs through and finds them.”

On why the kingdom
of God is hard for rich
people to understand: It is nearly
impossible for them to catch the vision of interdependent community, dependent
on God and one another. Rich folks,
while they may be spiritually starving for God and community, still believe the
illusion that they are self-sufficient autonomous individuals.