Miracles and checking my intellect at the door

We’re stuck – here we are, children of a cynical culture, and we serve a master whose top priority is teaching his disciples to trust a God they can’t see. Along the way, Jesus said and did some outrageous things. How do we live the life of faith while not checking our intellect at the door? …
By Seth Barnes
17 March 2008, 12:03 am
By Seth Barnes
17 March 2008, 12:03 am

We’re stuck – here we are,
children of a cynical culture, and we serve a master whose top priority is
teaching his disciples to trust a God they can’t see. Along the way, Jesus said and did some
outrageous things. How do we live the
life of faith while not checking our intellect at the door?

Along comes a minor documentary
that helps us wrestle with the issue. It’s
called The Finger
of God. Filmmaker Darren Wilson was
a natural-born skeptic, never having personally witnessed a miracle. When his uncle and aunt showed him the amazing
gold teeth God gave them, he decided to go in search of the miraculous,
wherever it may lead him. 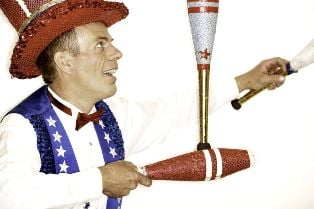 While starting in places like the
local Pentecostal church, where falling down in the Spirit is regular fare and
gold dust and gemstones showed up out of thin air, Wilson soon moved on to
places like Mozambique to interview Rolland and Heidi Baker.

Seeing God heal is the standard way the
Bakers start their outreaches in a village.
In one scene, Baker calls a deaf woman to the front. She asks the crowd, “Is this woman deaf?” Everyone shouts back that she is.

Then, after praying for her, the
woman is healed. While seeing is believing
for the locals, and many come to faith, I wish it were so easy for us
Americans. Weaned on movies replete with
special effects, we tend to be like Toto, wanting to pull back the curtain on
the Great and Powerful Oz. With Roger
Daltry of The Who, we sing, “I won’t get fooled again.”

It’s hard to be a person of faith
when you’re born in a nation of Doubting Thomases. We’re not going to check our intellects at
the door. Some of us have polished them
to a fine sheen at the best graduate schools.
In an age of science, gold teeth look to us to be some kind of hoax. People lie all the time, and the religious
crowd so earnestly desires to believe.

Why shouldn’t they fudge the
facts a bit?

Yet, at the end of the day, I believe
in a God who is still in the healing business.
I can’t explain the gemstones, but when Wilson interviews a man who was
murdered, raised from the dead, and then converted his murderer (who subsequently became a
preacher), I find the story compelling.

It reminds me of Paul of Tarsus, and I choose to believe. All of us who call ourselves “believers” (believing in stuff we can’t see) at
some point have to make that choice. What’s your experience with doubt and faith?