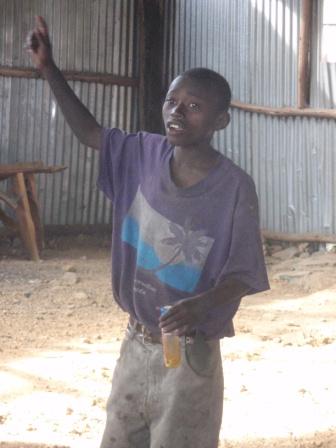 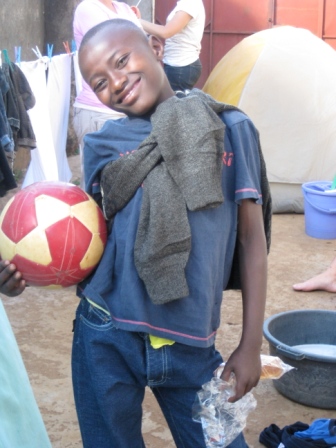 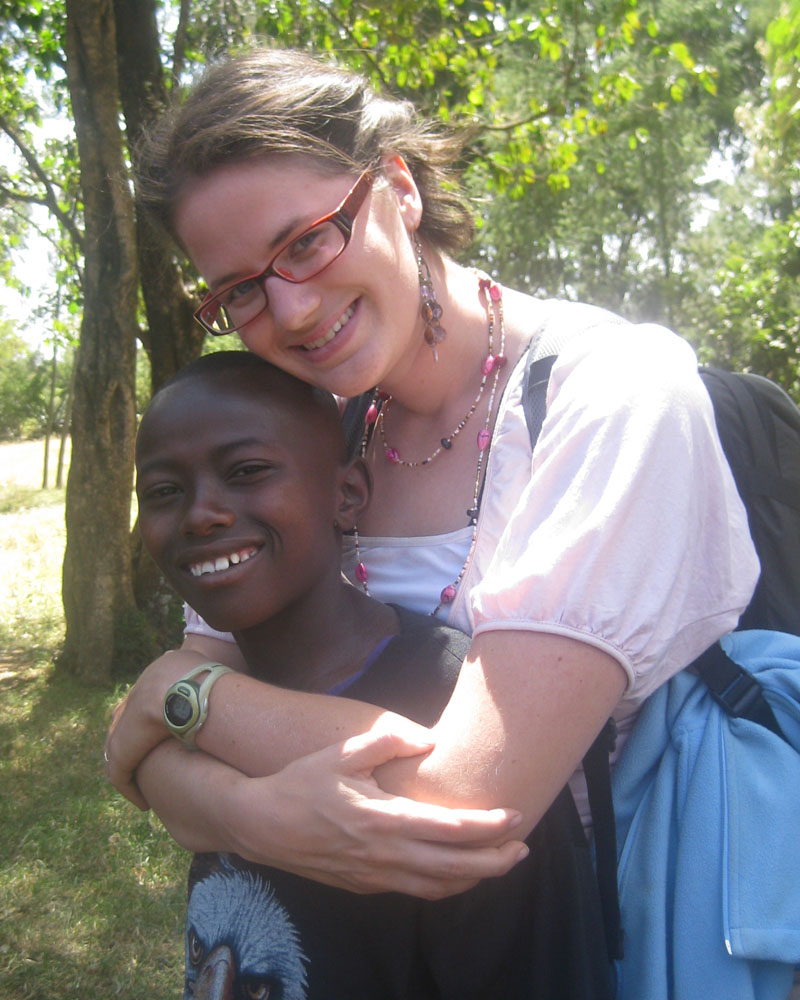 months
ago my life was changed by a little boy named Allan.  When I found him
he couldn’t hold his head up due to the intoxicating glue that
he had just sniffed.  He was a small underweight child who wore worn
out, adult-sized clothes and an expression that pleaded for help.   I
took him off the streets, loved him the best way I knew how, and waited
for God to open up a home for him.  Every door slammed shut in our face
until the last day when a miracle happened.  I was given the name of a
home that was only a couple hours away called The Challenge Farm.  I
was told that this home dramatically changed street kids lives.
We packed up the car, put all of Allan’s six belongings inside and
drove there in faith that they would take him in.  When we arrived he
was welcomed as if they had been waiting for him to come home.  I have
visited a lot of orphanages in the past year, but have never seen one
as healthy and spiritually mature as this home.
My experience of taking
Allan off the streets and then hearing about his progress on the Farm
makes me feel like I did something right.  Religion is a touchy subject
for most.  We can argue theology and challenge each other’s lifestyles,
but I have learned that if we do not have applicable love all
of our religion and theology means absolutely nothing. I finally
understand why God says that a pure and faultless religion is to take
care of orphans and widows.
Allan’s Story in His Own Words:

I was born 12 years ago in
Nairobi. I have two younger sisters who
I believe still live with my mother in Nairobi. We had a decent life. Dad was a
police officer and mom was a housewife.

One day father left for work as
usual but never came back. We waited for
him but in vain. Life took a downward
spiral. We couldn’t afford a decent
meal, or the rent.

My mother then took me to her
brother’s home in Kamusinde (In Bungoma District) and she went back to
Nairobi. I was about 9 or 10 years old
then. My uncle’s wife made no pretense
of taking care of me. She physically
abused me so much that I frequently missed school because of the
injuries. She denied me food and at one point as she
herself put it- “got fed up” with me. She called my mother to come take
me out of her house. I was glad because at her house I often slept
outside and was getting sickly from the cold.

Mom came –but life had taken its
toll on her and she was now very harsh and fretful. She was selling vegetables at the market and
would be gone before I was up and came back very late at night , so I
never had lunch. She was now very
physically abusive and when I could not take it any longer, I ran away.

I went to Nairobi town and met
Caleb (who now is my best friend) and after a couple of weeks we came to
Kitale. We were both rescued some time
later and taken to a center but we both didn’t like it and ran away.

Caleb remained in Kitale but I
went to Eldoret. That’s where I learned
about glue. I made friends and on
Saturdays and Sundays we went to church. I’ve since forgotten which church it was, but we were always given tea
and bread.

On one such Sunday, I met Marisa
and her team. Marisa looked at my palm
which had been hurt playing soccer. She
took me to her home. She took care of 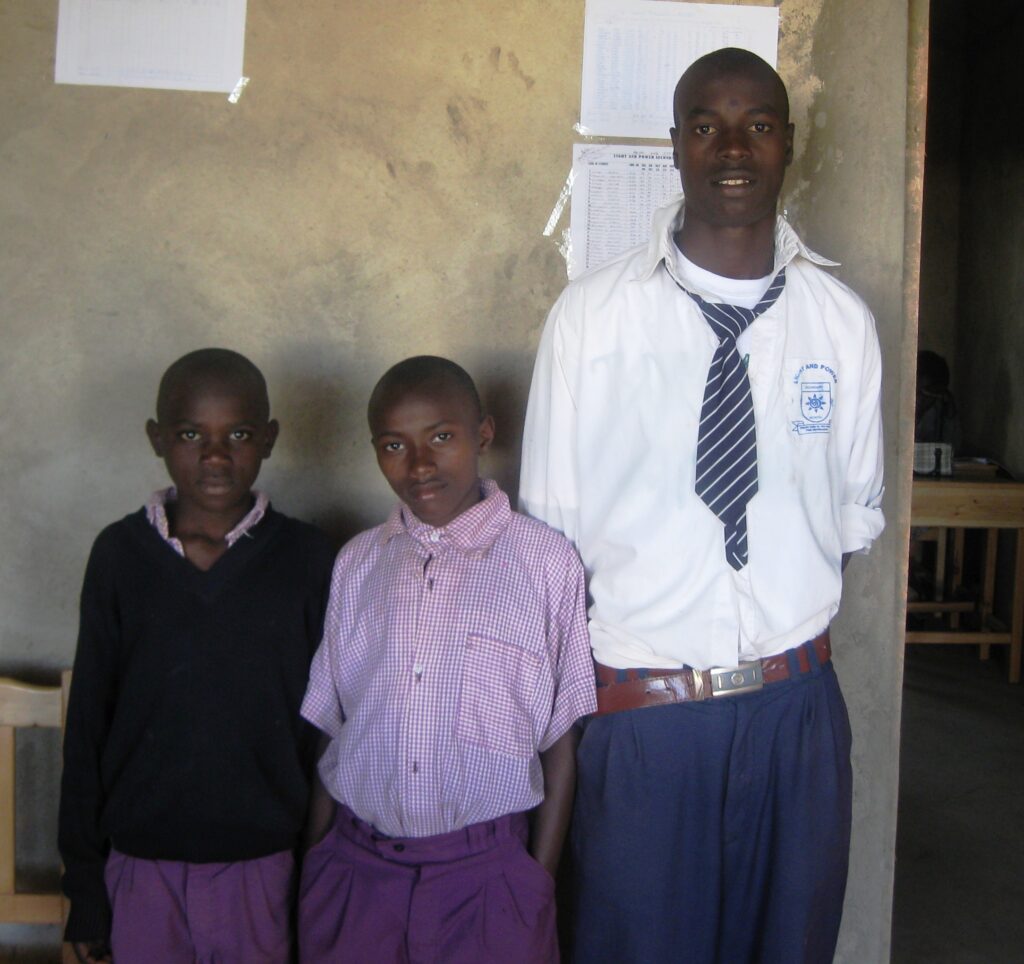 me
then when she left, she left me at the care of my pastor’s mother.

Marisa later came back and
brought me to the Farm in 2008.   At the
Farm I was pleasantly surprised to find Caleb. I’ve made two more friends, Dan, who’s in my class and Joseph Ejore,
who’s in Form One (freshman in High School). We talk about our former lives, the Farm, our future and we play
together. In the dorm I share the same
cubicle with Ejore.

I’m learning to read and write and I can
now write my name!  I love the food (but Ejore tells me it was once
better.  I hope it gets better again) the clothes and the company. The
farm has helped me get over
the issue of glue. I have also forgiven
my mother for mistreating me and I hope I can see her soon.

I thank Marisa for rescuing me
and the Farm, too. When I’m grown up and
I’m a pilot, I’ll thank them my own way. 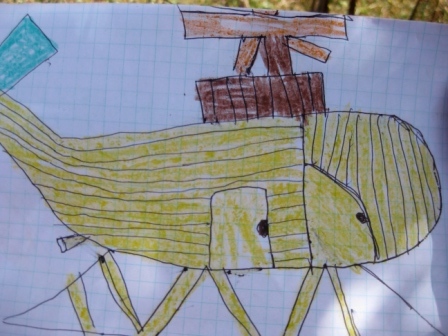 The first night I had Allan we had him draw so that he could communicate to us what he was thinking about.
He drew a helicopter.  When we dropped him off  at the farm we
were floored to learn that Cheri’s late husband flew a helicopter for
missions purposes. 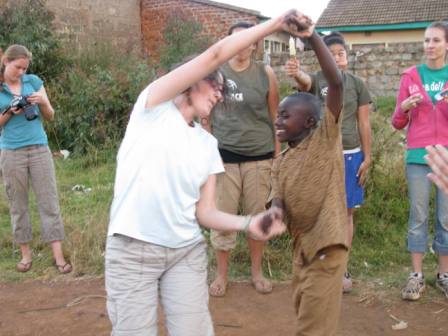 Allan and I dancing. 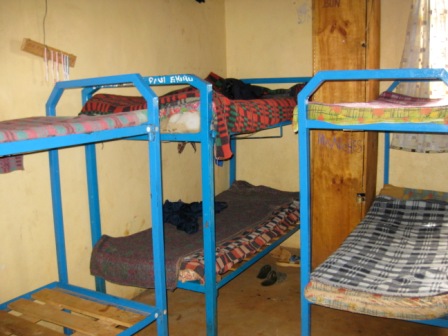 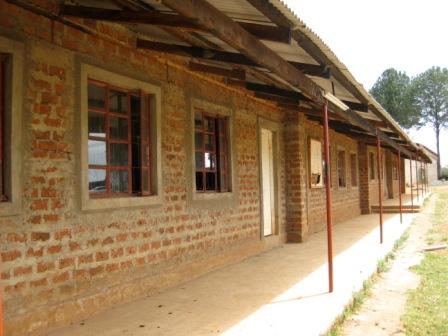 Allan’s School (on the farm) 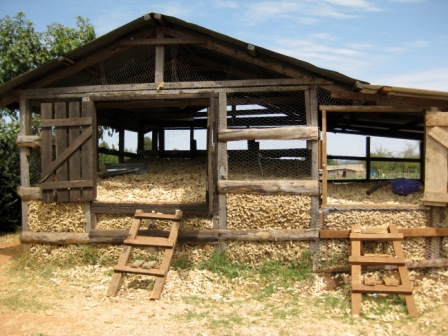 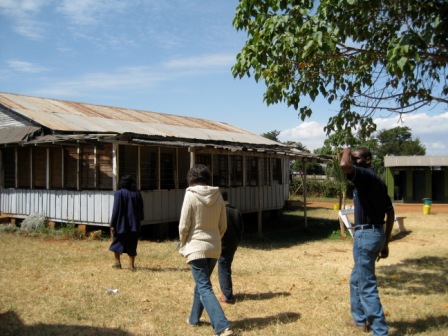 Grace (the director) taking us on the tour. 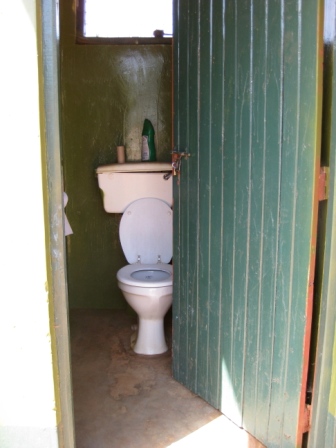 The girl’s toilet.  They are still raising money to finish the boys bathroom area. 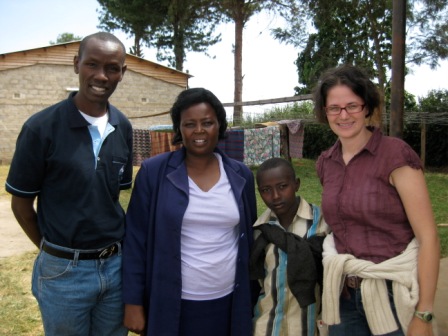 Onesimus (who helped us find the farm) Grace (the director) Allan,
and me with some really pretty hair.  It’s a hard knocks life being a
“mom”–no time to do your hair.
Cheri, the founder of Challenge Farm, has 103 children.  All of them are now sponsored except for 17 boys.  She needs us to respond.  The
sponsorship is $35 mo/$420 a year.  I want to encourage you to have a
garage sale or eat out one less time a month.  I want to give you the
opportunity to applicably love and change a boys life.  You can do so by going to http://www.challenge-kenya.org/page11.aspx
to pick out your child –the boy that you will feed, clothe and provide
education for.  Thank you so much for stepping up!  You can also
support by giving one-time donations.  Her support dropped
significantly in the fall due to the chaos that everyone experienced
financially.  Consequently she has had to make these dramatic changes
to cope:
(an email from Cheri)

We need an additional $3000 dollars a month to operate at the previous level.  We have 17 boys that still need to be sponsored which will bring in an additional $595 monthly.
Remember
our kids don’t get soda, candy, fast food, trips to the mall or
movies.  We just need the basics. Through Challenge Farm we are helping
directly or indirectly 500 people to have a better life.