Moving toward an Awakening

Here in Spain still. Getting ready to head to Romania for the Awakening, a convocation of 220 Racers over four days. They’ll be arriving from all over the world on the heels of dramatic encounters with God like this one described by Drea Statzer: Still. He is the same God yesterday, to…
By Seth Barnes
19 September 2009, 12:09 am
By Seth Barnes
19 September 2009, 12:09 am 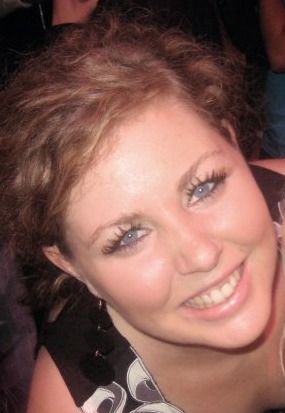 Here in Spain still. Getting ready to head to Romania for the Awakening, a convocation of 220 Racers over four days. They’ll be arriving from all over the world on the heels of dramatic encounters with God like this one described by Drea Statzer:
Still.

He is the same God yesterday, today and tomorrow. His nature and
character never change. Jesus healed people everyday, and in Mat 10:8
He said to His disciples as He sent them out to preach the gospel (the
first missionaries):

“Heal the sick, raise the dead, cleanse those who have leprosy, and drive out demons. Freely you have received, freely give.”

We have been learning so much about healing on the race. I have watched
videos, read books, and taken classes these last 4 weeks on what the
bible says about healing and how God is still moving today. I have
watched countless team members healed:

•    3 girls of scoliosis
•    our squad leaders vision was completely restored (no longer needs his glasses)
•    legs grew… simply because we asked God to show up and show people how much He loved them! (see video below)

We’ve watched videos of God moving all around the world… Heidi Baker
has quickly becoming a new hero of mine. If you have time, track down
the video “Finger of God” You will thank me.

Up to this point I was believing but if I was honest there was a small
percentage of me that was still a bit skeptical, there were times that
I caught myself thinking it was all somehow an illusion everyone was in
on but me.

And then God showed up in our tiny gypsy village a few days ago and healed me.

I had woken up that morning with some back pain that got increasingly
worse throughout the day. I tried to nap it off, no luck. Took some
advil, no luck. Then out of nowhere it got so bad that I could barely
breath. I stood, crying out in pain and the 3 girls in the room
collectively react the same way- “Let’s pray!” So they sat me in a
chair and began to tell me how much God loves me, how tenderly he cares
for me and how much He loves being in a relationship with me. Speaking
God’s heart for me into the pain. Still with tears streaming down my
face, they begin to command the pain to leave my body. They start
speaking directly to the pain, taking authority in Christ’s name, and
telling it to leave, that it has no place in a daughter of the King. I
feel heat radiating from their hands on my back and little by little I
can feel my muscles begin to release, and the spasms slow.

I sat in shock for a few moments and then the praises erupted. I went
from hysterical tears of pain to the dancing laughter of healing… in
a matter of 5 minutes. THANK YOU JESUS!!! I love how intent God was on
making sure I knew it was Him that healed me. See when it got worse the
first time I took a pain killer and then not even 2 min later it
somehow got even worse. That’s when we prayed and He healed it so
quickly there was no way I could mistake it with the pill kicking in!
Amen!!