This is the story of Edward Sheko in his own words. Edward grew up Muslim in Malawi. When he converted to Christ, it nearly cost him his life. Tara Bruce, a Racer, interviewed him while ministering in Malawi.   I was born of influential Muslim parents; I was almost killed for believing i…
By Seth Barnes
28 February 2009, 12:02 am
By Seth Barnes
28 February 2009, 12:02 am

This is the story of Edward Sheko in his own words. Edward grew up Muslim in Malawi. When he converted to Christ, it nearly cost him his life. Tara Bruce, a Racer, interviewed him while ministering in Malawi. 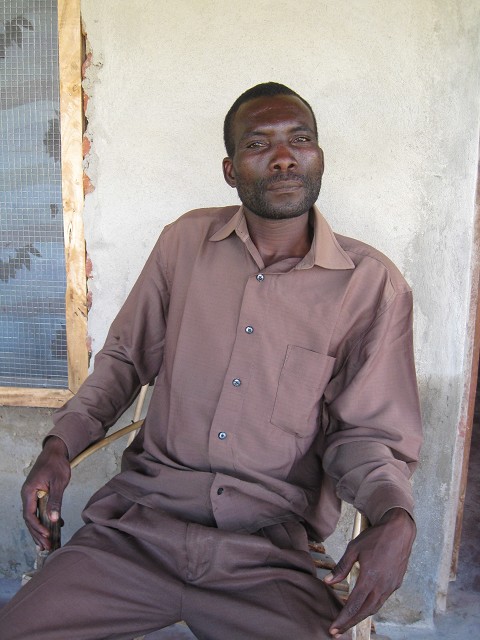 I was born of influential Muslim parents; I was almost killed for believing in Jesus Christ in May 1982.  My grandparents were associated with Arab slave traders in Malawi.  These Arabs were Muslims.  Thus my grandparents were among the pioneers of Islamic religion in Malawi.  Our village is Islamic and my family is a Muslim family.

From the age of 7 my Uncle began preparing me intensively for active participation in the Muslim religion, he trained me in the principles of the Islamic faith and taught me the practices of Muslim propagation.  All of the training was based on refuting the claims of Christianity, by pointing to assumed errors of the Bible and it’s teachings.  I was instructed that there were over 50,000 errors in the Bible.

Naturally I became so committed to the anti Christian religion.  In 1976 I was placed in the actual work.  I joined the Islamic movement whose goal was to confuse Christians, especially in their meetings.  This movement brought me into frequent contact with Christian workers, especially freelance evangelists and consequently I became skilled in presenting my arguments against Christianity and its book the Bible.  Many Christians became aware of my influence and began praying for me.  Though I was committed to the Islamic Faith I did the opposite of its claims.  I was doing magic, witchcraft, drinking beer, smoking, involved in sexual immorality, fought with people, robbed and many others.  I saw these indignities as help in my aggressive approach to Muslim propagation.  It was a total (though blind) commitment.

The turning point came in 1982.  My Uncle just returned from his trip to Mecca and I was invited to a Christian meeting.  I proudly accepted and I was ready to fire confusing questions at these Christians about their Bible.  I sat at the back row.  The gospel was preached and this time I heard it differently.  It was so powerful that I began paying attention and I miraculously moved forward and knelt in front of the preacher.   There and then my life was transformed and I accepted Jesus Christ as my personal Savior and the Lord on my life.  I stopped fighting against God.  The peace of God subdued my worries.

When news of my conversion reached our Islamic village, Satan stirred the hearts of all my relatives to attack me.  I was severely beaten by my uncle to the point that I fainted.  The next three weeks I was again severely beaten and fainted three times by the elders led by my uncle.  He was the first man to beat me.  He beat me heavily with his walking stick to the point of death in his house.  He then ordered that all my clothes, schoolbooks and papers be burnt.  He also ordered to take me to the circumcision camp.  I was already circumcised but this time it was to subject me to great pain so that I could renounce Jesus Christ, the Bible and my new found faith in Christ.
They tied my hands and my feet and with a big pole carried my body to the camp.  There I was tied upside down to a tree and I stayed hanging there head down, five feet above the ground, for the whole day.  This was repeated for the next six days.  They rubbed substances all over my body and I was brutally beaten for three weeks, fainting three times in the process.  When my uncle saw that I was determined to die as a Christian, but never to live as a Muslim, he ordered for my release.

I was ordered to leave the village.  During this time Christian brothers opened their homes to me.  They took care of me spiritually, physically, paying my school fees and involved me in Christian fellowship where I was asked to share my testimony to them and other Christians.  Many were convicted and challenged.  In April 1984 I was baptized in a Baptist Church.

I am now serving the Lord as Pastor-Evangelist and pioneer worker among Muslim people in my area.  The majority of the people that I work among are Muslims, the youth and prisoners in jails in the rural area.  In my ministry I  hold open-air meeting, conduct door to door visitation, distribute gospel tracts among the lost and reach many people with the word of God through Crusades.  At the Crusades many people who are sick are being healed and delivered from the bondage of the devil.
Through prayer my goal and vision is to plant churches among the Muslim villages and to serve the youth and prisoners in the jail.  Please pray for me that I will fulfill God’s plan to expand His kingdom.  Pray for me as they are still hunting for my life.  But, God our father is still protecting me.  Romans 15:20 and Isaiah 54:17 are two verses that really minister to me.  God is always great.  I praise him for he is always faithful.  I am now ready and prepared to work with those who are ready to do the mission of reaching the unreached, church planting and rural evangelism.
May God bless you as you read this testimony and pray for the expansion of the great commission of our Lord and savior Jesus Christ.
In Christ ,
Eddie Sheko