Last week, I posted a list of questions that millenials want to ask boomers. One of the things that they're better at than we are is transparency. They are able to tap into the painful stuff in their lives and share it. Sometimes when I'm in the room with them as they share their stories,…
By Seth Barnes
01 October 2012, 12:10 am
By Seth Barnes
01 October 2012, 12:10 am 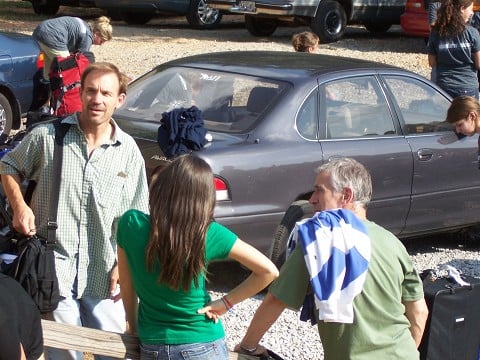 Last week, I posted a list of questions that millenials want to ask boomers. One of the things that they're better at than we are is transparency. They are able to tap into the painful stuff in their lives and share it. Sometimes when I'm in the room with them as they share their stories, it takes my breath away.

In fact, I'm perpetually challenged just trying to keep up. Today Karen and I are flying to debrief our 64 World Racers in Guatemala. To prime my pump for them, I'm going to answer some of their questions here, beginning with these two:

What was your biggest failure professionally, relationally and spiritually? What did you learn?

I've failed in a lot of ways, and even when I've been successful, I've felt inadequate.

Growing up, I failed to believe in myself. My mom did her best to encourage me, but my mind was filled with self-doubt and my spirit was shut down. I was confused and depressed. Can depression be equated with failure? Feeling like a failure made me one.

It felt terrible – like I was suffocating and wanted to die. I felt friendless. I longed to be known, but was isolated. I would retreat to my room and hide. I had none of the social tools to find the friends that my heart longed for. And my parents didn't know what to do with me.

Since that time, I learned an important lesson. You have to take risks if you want to be known. You have to entrust yourself to others, even when they haven't earned your trust.

I've bet big on people and at times I've bet big on God. But doing so has its downside. Some of my biggest failures came because I trusted people with my future.

In 1984, my boss fired me. I probably deserved it, since i didn't respect him and my job wasn't adding enough value to the organization. But I was ill-equipped to cope with being unemployed. I took temporary jobs and applied to graduate school. It was a depressing time. My identity was too wrapped around what I did, and since all I was doing was working temporary jobs, I felt diminished and stunted.

In 1989, my friend fired me from the organization I'd helped him build. Actually, he demoted me and then the guy he put over me fired me. At that point we had four kids and Karen was pregnant with Leah. I had no job prospects. So I stressed out and internalized it.

In retrospect, it was a gift. It freed me to start Adventures In Missions and to become a more gracious person. In a way, it was a promotion. So, maybe my biggest failure was not perceiving it as a gift. I drew the wrong conclusion.