My Dad Died a Year Ago – Here’s What I Learned 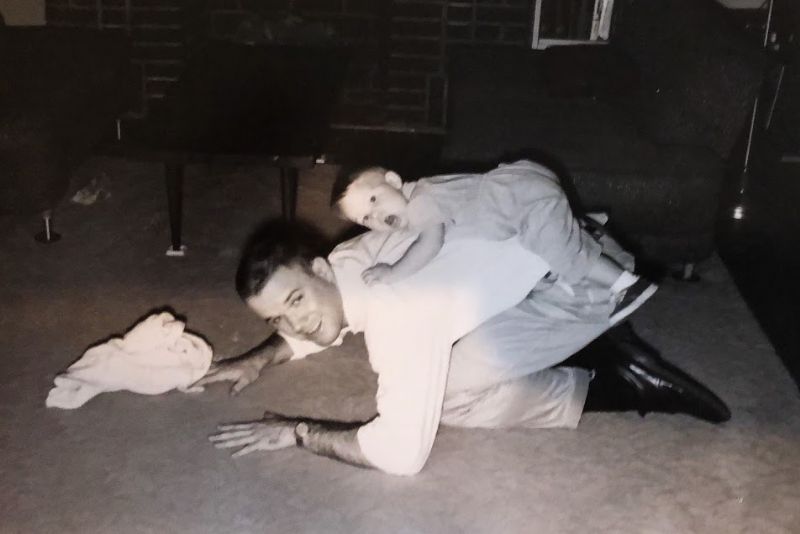 A photo of my dad and me when I was a year old.

This is a tough day in a tough season. My Dad died a year ago today.

That last week, I sensed he was slipping and didn’t want him to die alone. So I pulled a chair into his room at the nursing home and slept beside his bed. His last words to me were to whisper my name softly in my ear several times.

He and I had a lot in common. But we were different in a lot of ways too. He was methodical and I’m more spontaneous. He liked classical music and I prefer jazz.

But one way in which we are very similar is that we’re purpose-driven. He was offered an appointment to the Pentagon and a probable promotion to general, but he didn’t see the purpose in being a “paper pusher.”

Realizing that he was more of a practitioner than administrator, he decided to take a job as a professor at the University of Missouri.

At the age of 61, Dad was tired of the bureaucratic requirements of governmental regulations. Wanting to leave suburbia, he and my Mom decided to go back to their roots in the wilderness – specifically, the Gila Wilderness. And at that point, he and my Mom began the greatest adventure of their lives working as missionaries for 19 years in Kijabe, Kenya.

Dad worked in the pathology lab, seeing slides and blood work from some 60 corresponding clinics. He and and my Mom became beloved in the missions compound on the edge of the escarpment overlooking the beautiful Rift Valley. Dad’s birthdays were a special cause for celebration with a long parade banging on pots and pans through the compound.

He also felt called to return to Viet Nam to bring healing to that broken land. He developed great friendships in the medical community there, making 24 trips back to help train Vietnamese pathologists and blood bankers.

Interesting – I’m 61 years old now too. The same age as my Dad when he launched into a new adventure. As I look at his life, I take courage that, in this crazy virus-ridden world, there are new challenges for me. If my Dad could launch out and do hard things to bring hope to people, so can I. He gave me a lot of gifts, but that may be the greatest one.

Some of you knew and loved my Dad. Thank you for that. It has also been a gift as I’ve tried to live up to his legacy.