My family’s cycle of redemption in SE Asia 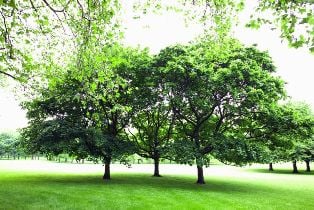 Life is most invigorating when its great patterns and cycles show themselves – the cruel August heat giving way to a day like this is an annual pleasure. But on rare occasion, God allows us to also see the patterns of life and the redemption that he is weaving from seasons of pain that we thought were the ash-heap of our lives.

The Barnes family is going through a season like that this month as three generations have converged on Cambodia and Viet Nam. It’s a story worth telling.

1968 was a momentous year for the nation and for our family as my mom raised my sister and me by herself. It was the year that all of us, except for my dad, gave our lives to Christ.

My father served as a doctor in Viet Nam during the Tet Offensive, the turning point of the war. He was in charge of all the blood flowing into our wounded troops during that terrible year. And blood is an apt metaphor, because he never quite got the country of Viet Nam out of his blood.

My dad saw a country caught up in a civil war and turned inside out. Blood dripped through IV’s into troops by the thousands of gallons. Like many, when he returned to the States, it was hard for him to talk about it, much less even dream about redeeming the experience.

But for a number of years now, my dad and mom have been making an annual trek to Viet Nam to work with our former enemies to build a system that promotes healing through a better blood supply.

One of the most heart-rending side effects of the war was the genocide that subsequently occurred in Cambodia, where nearly 2 million people died at the hands of the Khmer Rouge. In the last months of 1979, I read about the genocide and was appalled. I had a semester left in order to graduate from Wheaton College. Yet, like my father, I knew I had to respond in a tangible way.
But how? I felt I had to get over there and help refugees. I learned that Food for the Hungry was involved and needed volunteers.
It was the last second, but they accepted me. I worked out an independent study program with my professors to fulfill the requirements to graduate. The government was flying empty DC-10s to Thailand to ferry back plane-loads of refugees. So I got on one.
A few days later, I traveled to a Cambodian refugee camp. For the next three months, I wrestled with how to show love in a tangible way to the survivors of the horror of genocide. We did so through pig and chicken projects. We gave refugees either 300 chickens or five pigs to raise and sell. We helped them get back on their feet.
And I got an eye-full along the way. I learned the power of Isaiah 58 living. I learned that God has his eye on the orphan, the oppressed and on the poor wanderers – on refugees.

All of which brings us to today and the completion of this cycle of redemption. Talia has been on the World Race for nine months.

Karen and I flew out to debrief her team in Thailand a few weeks ago. We had the privilege to see the incredible life change that this ministry is producing.

Having left everything that was familiar and comfortable in their lives for a year, these young people are being transformed into radicals.

What a great adventure it was to travel by boat to the island of Koh Samet to the debrief! What a privilege to help them work through how they are going to continue to walk out what they’ve experienced for the rest of their lives.

And today, I talked to Talia from Cambodia where she and her team are working with local missionaries. Simultaneously, Seth Jr. is working in Thailand with his team at their ministry site. When I checked it out on the map, I was shocked to see that he’s in a village just a few miles from the refugee camp where I served 27 years ago!

The capstone to this story is that this week my parents traveled to Viet Nam for what will probably be the last time. Who could have known that they’d all converge on the same part of the world right now?

Maybe I’m too mystical, but I can’t help marveling at the way in which God seems to be weaving the theme of healing in SE Asia through our family’s history.

And in this day and age of high tech communications, we get to participate in the ministry and life change our kids and their teammates are experiencing on a daily basis through their blogs.

Many parents and supporters can’t go through a day without reading all the new blogs, and usually there are dozens of them.

You can follow Seth and Talia through their blogs by logging onto www.theWorldRace.org. The stories that they and their teammates tell never cease to amaze me.