My search for significance

This is a continuation of yesterday’s blog . Have you ever noticed how when you look at a picture of a group that you were in, you always first try and find yourself in the picture? You are unconsciously meeting your need for significance. You need to know that you’re important. Maslow d…
By Seth Barnes
07 February 2007, 12:02 am
By Seth Barnes
07 February 2007, 12:02 am

This is a continuation of yesterday’s blog
.

Have you ever noticed how when you look at a
picture of a group that you were in, you always first try and find yourself in
the picture? You are unconsciously
meeting your need for significance. You
need to know that you’re important. Maslow defined this need in his hierarchy of
needs. 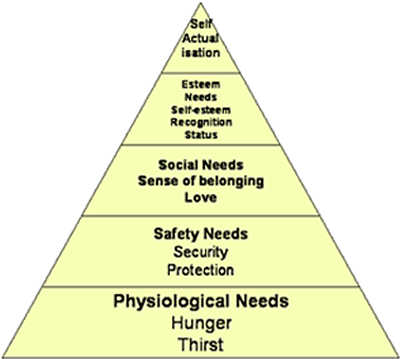 All our lives we’re caught up in this search for
significance. We want to know that our
peers esteem us. In a way, we’re
imprisoned by their opinion of us. Here’s
how it played out in my life:

As long as I was unclear about my identity in the Kingdom of God or my role in it, I felt insecure –
my sense of significance was in jeopardy.
I still remember Dan Swanson,
one of my first bosses, writing me a three page letter in which he said I was
impetuous.

To my way of thinking, he’d thrown down a gauntlet
that needed to be picked up. I wrote
back that I wasn’t – that I just make quick decisions.

What did it matter?
As it turns out, Dan was right. I
regularly did stupid things as a college student. It nearly kept Dan from hiring me in the
first place.

So why defend myself?
Because I was struggling with my own sense of identity – fighting to
become somebody that mattered. Not
really knowing myself, I didn’t know what territory needed to be defended and
what didn’t make much difference. Too
many of us fight for territory that doesn’t count and don’t advance our cause. So many people spend their lives chasing
their tails on this score.

In my 20’s, I suffered a series of blows to my
ego. My next boss continually corrected
everything I did. And then he asked me
to leave the organization. I worked temp
jobs and collected unemployment. Later,
my first job out of business school blew up in my face. Karen had to get Medicare to pay for the
birth of our fifth baby (Leah). Life
seemed to be sending me the message:
“You’re incompetent.”

It got worse before it got better, but gradually,
piece by piece, God began to put me back together, focusing me on his
perspective and priorities. It was a
slow process that gave me a graduate degree in humility. I learned what hills to die on, what was true
about me and what wasn’t. I began to
embrace reality independent of what people said.

I wish I could say that now I’ve arrived; all too
often I find myself still scheming to boost myself in someone’s eyes. But life is much simpler with the issue of my
significance more or less resolved.

Do yourself a favor and settle the issue of who you
really are and what God really thinks of you.
It may feel selfish, but it’s the best gift you can ever give those you
love the most.