My Story: How I got here

What motivates you? I mean at a core level really motivates you? Is it to hang out with your family or friends? To see them thrive? To work on interesting projects? To provide a certain standard of living? What drives me I’ve been motivated by all of these to varying degrees….
By Seth Barnes
08 October 2014, 12:10 am
By Seth Barnes
08 October 2014, 12:10 am 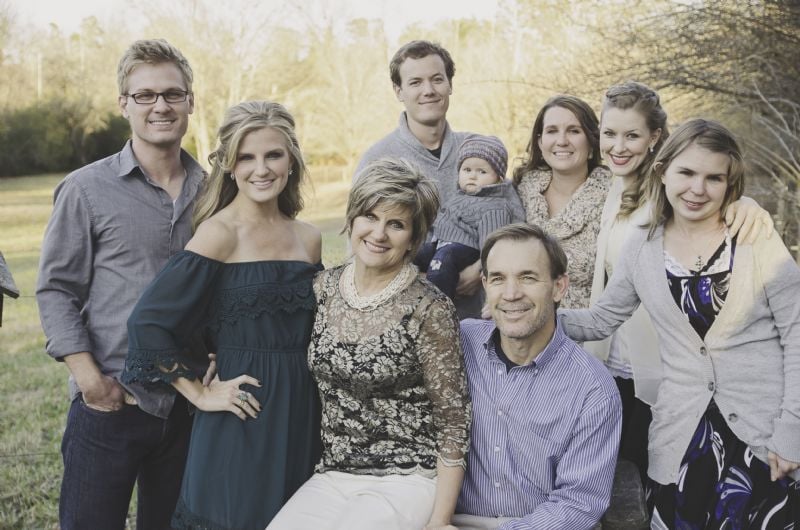 Is it to hang out with your family or friends? To see them thrive? To work on interesting projects? To provide a certain standard of living?

I’ve been motivated by all of these to varying degrees. They are all righteous in their own way.

But these days I’m most motivated to join God in his global reclamation project. He’s on the move around the world, setting his sons and daughters free from their places of captivity. And he’s partnering with those of us who have been freed to go and free others.

His son Jesus announced that project to all who would pay the price of following him. “Whom the son sets free is free indeed!” He said. And that challenge has stirred me to my bones. I want to pay the price to follow him and partner with him.

Two passages of Scripture have helped crystalize that challenge for me. In Isaiah 58, I saw an exchange that God is inte

rested in. If I’ll set aside my needs and prioritize the needs of the weak and oppressed, he’ll take care of me.

And in Matthew 10, I was fascinated by the journey of abandon that Jesus sent his disciples on. Read those passages every day for a year and see if your life doesn’t change as you commit to the implications they contain.

God gave me a tool to walk out that biblical pattern in the modern day with the World Race. If Jesus took his disciples on a three year discipleship journey, I reasoned, could we perhaps get young people started on a similar journey in this modern day?

It grew out of my own personal journey – a physical journey that took me from Virginia to Central America, then to Indonesia and the Dominican Republic. And it found its roots in some of the trauma of growing up in Washington DC at the height of the cultural tumult of the late 1960’s. Here is that story:

When I was nine, my father left my family for a year to serve in the Viet Nam war. It was a sad day in our family when he left. We didn’t know if he would return one day in a body bag. It was very traumatic.

Every week my father would send a letter or tape from Viet Nam telling us about the horrors of war and how much he loved us. My mother would get my sister and I together on the couch and share them with us.

If your father has ever left you, you know how painful it can be. There was a hole in my heart that only the love of a father could fill.

Though my mother loved me very much, she couldn’t give me a father’s love. The weeks went by and my father’s absence was a great void in my life. There was no one to throw the football to me. No one to take me fishing. There are things that only a father can do for a son.

All of us have a hole in our heart that only a father can fill. I craved a father’s approval and his affection. My heavenly father wanted to fill this hole. He wanted to meet my need for approval by showing how pleased He was with me.

One day my mother read me the story of how God the father loved me so much that He sent His son to die for me. She read about Jesus’ painful death, a death he died so that I might have eternal life. I was cut to the quick. God wanted to show me his fatherly love if I would just accept it. One night I did so, thanking God for what He had done for me and asking forgiveness for my sins. I didn’t understand Lordship, but I committed my life to Jesus.

It was a great joy when my father returned from the war. But God had used my father’s absence to show me His love for me. He redeemed my difficult situation. I learned that just as we long for a father’s love, so He longs to give us that love.

So I grew up in a Christian home. My parents loved me and gave me many opportunities. My mother is a prayer warrior and a disciple maker. She encouraged me as a junior in high school to go on a two-month mission trip to Guatemala. That took a lot of effort on her part, because I was shy and had no desire to do so. She propped me up in front of her friends and had me ask for prayer support. I thought to myself, “Why in the world would anyone ever want to support me?”

In 1975, things weren’t like they are now. Nobody in Columbia, Missouri went on short-term mission trips.

I got on a bus bound for Florida, and in a way, I was journeying away from my childhood and into the future. The trip to Guatemala was eye-opening in many ways. I saw poverty that I never knew existed. I fell in love with the exotic Indian culture. The beautiful volcanic landscape was beguiling.

The following summer I went on another mission trip, this time high into the Andes mountains of Peru. The love for missions that the Lord had awakened in me in Guatemala continued to grow.

But I was later to see that this mission trip was missing two key factors that have since become so important to me. Instead of discipling me, the agency I went with focused on teaching us other things like personal hygiene and construction techniques. Most of our ministry was construction, so I missed a great opportunity to interact with the nationals.

Still, as I went off to college, I knew that my future lay in overseas work. I was convicted by God’s heart for the poor and oppressed in Isaiah 58 and determined to commit his life to helping others understand that they can make a difference in the world. During my senior year, a great human tragedy was unfolding. The Khmer Rouge was killing nearly two million of their countrymen. The Cambodian people were fleeing to the Thai border by the hundreds of thousands. As they spilled across the border on the brink of starvation, they were placed in large refugee camps.

So, I went to work in a refugee camp. I chose to do this in spite of the fact that I’d recently fallen in love with my wife to be and was earnestly courting her. As shocking as the situation in Thailand was, it inspired me to go deeper in pursuing a life of ministry.

It was only after completing business school and continuing on in ministry that I discovered what had been missing from my walk with the Lord all my life. It was intimacy. While I’d always heard about having a personal relationship with Christ, I never understood that it’s possible to hear His voice. I was at a retreat where Peter Lord spoke. And not only did I hear God speak to me in a very personal way, but I discovered for the first time what a personal relationship with God can be.

Since then, I began to earnestly seek the Lord. Prayer became much more important to me. Evangelism became a passion. And now, late in life, I’m discovering experientially what it means to disciple others as I’ve discipled my own teenagers.

I’m a work in process. I’ve found that the main thing one needs in a relationship with God is hunger to know Him and be in His presence.

As for the rest of my life, Karen and I are in an empty nest phase of life. We have one child, usually an intern or tow, a dog, and two cats who live with us.
One of our great consolations is the wonderful group of friends at AIM. They are truly the body of Christ to us. Life here is always an adventure and I wouldn’t have it any other way!

To read about my call to ministry, click here.