Continued from 5 Lessons from my worst short-term mission projectI saw Heidi Neulander in Newport News recently. She’s in her 30’s now, but she was just 14 when she went as a student in my youth group and a participant on the worst short-term mission project I ever led. Looking back o…
By Seth Barnes
06 November 2007, 12:11 am
By Seth Barnes
06 November 2007, 12:11 am

Continued from 5 Lessons from my worst short-term mission project

I saw Heidi Neulander in Newport
News recently. She’s in her 30’s now, but she was just
14 when she went as a student in my youth group and a participant on the worst
short-term mission project I ever led. 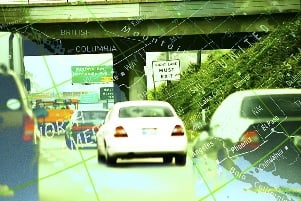 Looking back on the trip as I talked to Heidi, the mistakes I made seem so
obvious, but as an inexperienced newbie mission leader, I didn’t have a clue.
And that in itself is the first of the five major errors I made.

I’ll cover
them in a series of blogs that starts with this, the single most important
decision you make; choosing the leader.

Leadership, beginning with me, the project leader, should have been
different – we just didn’t know what we were doing. I had never been trained
and when things began to unravel, rather than call a prayer meeting with the
leaders, I’d make decisions on the fly.

I had no trust relationships with
either our local Mexican partners or with any subordinates on the team. And to
make matters worse, I delegated the setup to someone who didn’t care about
details. When things eventually developed into a crisis, he was AWOL.

If you’re going to lead a missions project sometime in the future and don’t
really understand what God is doing in the life and ministry of your ministry
partners, and if they don’t know that about you, get someone who does to lead.

Better yet, make sure they’ve had some experience and been successful as a
leader.