New direction for this blog 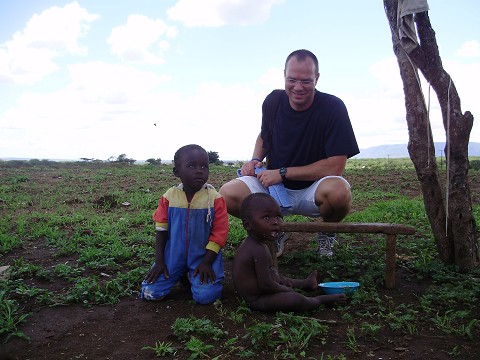 An example of how this works: Several years ago, Gabe Landes, a State Farm agent in Ohio, began following the blog. He absorbed whatever I had to impart. I noticed that he had a heart for orphans, so when a need arose to care for a group of Pakistani orphans, I asked if he’d help. He did. Later, when I took a group of blog readers through a two month discipleship process, he led a group. And ultimately, he and two of the guys from the group went with Karen and me on a vision trip to Swaziland.
Since then, he and his wife Heidi have lived with a heightened awareness of the kingdom. They’ve opened their home up for weekly prayer meetings. Yesterday he emailed me with the revelation that they already are missionaries. They don’t have to wait to be sent, though they expect that that too will happen.
So many others of you are, like Gabe and Heidi, in some stage of activation.  Like them, you don’t need much to get to the next level, but you at least need peers who can encourage you and pray with you.
What I’m hearing God say is that this blog community is a good thing, but that it needs to become less a “pastor-led” model and more of a team effort. Many of you have much to impart and have offered to help (see comments here and here).  So, here’s the plan: I’ll share as God gives me something, but beginning June 20, when we officially launch the re-purposed blog, a team of people will step up and take a bigger role in activating people. I’ll be confirming their involvement in the next week or so and will share some of their stories with you in the future.
In general, the blog has become most vital when it has functioned most like a community or church. On a couple of occasions, when I asked for prayer, over a hundred of you responded. And along the way, many of you have felt the liberty to reach out for help and have received ministry through our community. At times as we’ve connected with one another or even with God, we’ve sensed a certain renewed urgency in our walk of faith.
That’s what we’ll be shooting for as we go forward. And to hit that mark, we’ll need many of you to continue to share what God is doing as he activates you to partner with him in making a difference around the world. I look forward to what’s ahead and want to thank you for going with me on the journey.
*James 2:17

If You Want To Go Deeper, Here’s How

Election season is about getting the masses behind you. It’s a time to gather coalitions and get …
05 August 2020

I’ve been following the revival meetings that started in Huntington Beach last month. We who have…