One woman’s story of giving away everything 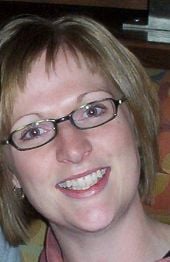 Americans have 5% of the
world’s population and generate 25% of its income. The average income is
$43,000. That compares with the poorest 50 nations where average income is
about 75 cents a day. All this money and the stuff it buys is not itself a
problem – it’s the false sense of self-sufficiency that Jesus has an issue with.
Jesus dealt with this problem rather ruthlessly when he said, “Go and sell your
possessions and give to the poor (Matthew 19:21). The bottom line is that
purging is often necessary if he’s going to be our Lord. But what does that
look like in our day and age?

This past week, God asked Kristen McMullen to do this. Here’s her story: “In the last week the concept of “dropping my nets” and
following Him has come up over and over again. Also, selling off my worldly
possessions, so nothing is holding me back. In my quiet time the other day, the
Lord finally said, “Kristen, drop your nets, get rid of your stuff, and let’s
do this thing!”

He helped me make a list of all
of the things I own, down to all my books and drapes, towels, and sheets… and
told me what I’m supposed to do with them.

Everything from selling a few of
the things that I’m meant to finally pay off my credit card with, to selling my
books off for a dollar a piece at my old university with a sign that says, ‘I
was a student once too!’, to the things I’m meant to give away to a shelter for
battered and abused women that this family I’ve ‘seen’ is going to receive. I’m
dumb-struck. And I’m scared and excited all rolled into one.

I returned ‘home’ to Calgary, Alberta
and got rid of all my things. Many of them were sold at ridiculously low prices
to my roomie since she had no furniture. The things I gave away to the shelter
ended up blessing about 4 families in total. All of whom wrote and called in to
the shelter letting them know how badly they had needed these things. Cool,
right?! Almost all of my books sold to about 40 students who couldn’t believe I
was crazy enough to sell some of my enormous texts for $2!

And my burden…I mean ‘load’ was lightened inexplicably. 😉 I can’t even begin
to explain how freed up I felt. How light and airy. Truly how beautiful knowing
I could do anything He asked in that moment because nothing was holding me
back.”