Parents who are missing the plot

When the Tsunami hit a few years ago, somewhere around
300,000 people died in a massive tidal wave that swept whole villages out to
sea. Subsequently, somewhere in Kansas, Tommy, an 18
year-old video game junky who spends ninety-nine percent of his waking moments fixated on
meeting his own needs, sees the story on TV and thinks, “I need to do something
about that.” 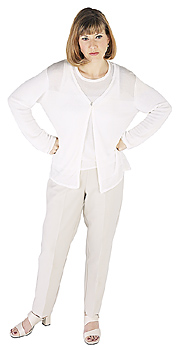 Through some miracle, he goes to Sri Lanka for three months and is
transformed by the experience. Along the
way, Tommy’s mom emails the mission agency Tommy has signed up with three times,
and she calls four times. “What is going
on with my son?” She demands. She is alarmed by the lack of details and has
severe misgivings about her son’s crazy trip.

I understand a mom’s protective instinct. We sent off two of our daughters like Tommy
at ages 16 and 17. Yes, my wife and I
worried. But we could see the big
picture. We knew that if they didn’t
start living a life of risky abandon and faith, they might get sucked into
society’s black hole of lifestyle consumerism.
We knew that their destiny hung in the balance.

So, I want to ask Tommy’s mom,
“What is it that was so special about what Tommy was doing at home that has you
so worked up, lady?” I mean, get a
grip. Get some perspective!

For the first
time in his life, Tommy is doing something.
He’s discovering that he has a purpose.
He saw a need, responded to it, and God met him there.

In New Zealand, it’s normal for young people to leave home
and tour the world before settling down to a real job or going off to college. The Kiwi mothers know that it’s a dangerous
world out there, but they send out their sons and daughters anyway.

Where did we Americans get this odd notion that somehow
parenting is a risk-free job? It is rife
with risk! And the biggest risk is that the child will grow up to be a couch
potato, a big cosmic dud.

I know I sound like a Cassandra, but I deal with these issues for a living and I’m watching as inch by inch, American youth are moving in that
direction. We parents keep our
expectations low and insure the heck out of everything “just in case something
happens.” In the process, we squeeze God
completely out of the equation and not only miss our destiny in raising world
changers, but we put leg irons on our kids as well.

What’s criminal about this whole crazy cycle is that we
can’t see the gangrene eating away at our children’s souls. We parents are like pushers, only the dope we
sell is a soft, emasculated lifestyle that poses no threat to an enemy that
wants to eviscerate us.

If by some miracle Tommy escapes from this land of spiritual
decay, he might just encounter a situation that is so far beyond him that only
God will do. And when God shows up, then
just maybe he’ll start believing that anything is possible.

And maybe, against her will, his example will drag Mom,
kicking and screaming, to a point of realizing her destiny in spite of herself.

OK, I’ve laid a lot on you parents with this blog – if you’re unsettled, please don’t shoot the messenger. I’m trying to help and I hope I’m more Paul Revere than Chicken Little. Karen and I have raised five kids and, like you, we are proud of our kids. But we’ve messed up so many times and have run so many
risks. It has been scary.

Even now, our oldest is going around the
world (just arrived in South Africa). It ain’t easy! If we’ve done one thing right, it’s that we’ve
trusted our kids to follow God in their own way despite the risks. If
there’s a gift I could give you it, would be that.