Power can make you a bad listener

It’s a given in political circles: “Power corrupts and absolute power corrupts absolutely.”  But did you ever stop to think, why does this happen?   The truly horrible tyrants down through history from Nero to Hitler started with bad childhoods and went downhill from there. But plenty…
By Seth Barnes
17 April 2009, 12:04 am
By Seth Barnes
17 April 2009, 12:04 am 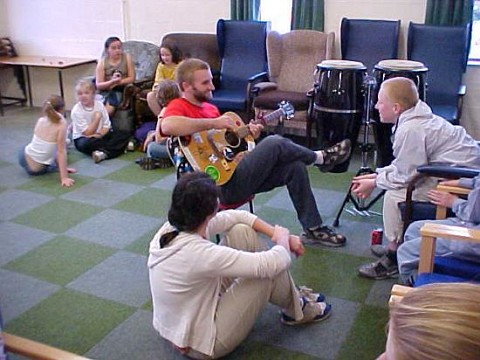 It’s a given in political circles: “Power corrupts and absolute power corrupts absolutely.”  But did you ever stop to think, why does this happen?
The truly horrible tyrants down through history from Nero to Hitler started with bad childhoods and went downhill from there. But plenty of good leaders who started off with fanfare have come to a sad, smoldering end, the product of too much success.
We could just write it off to the sinfulness of man, but let’s look a little deeper – the seeds of this kind of bad behavior are in all of us. What was it that sent popular presidents like Nixon and Clinton headed down the road toward impeachment?  What undermines a person’s character as they accumulate power? Certainly having more influence can make you puffed up and self-important. You can be become less accountable and more prone to give in to the temptation to take shortcuts. And one of the most tempting shortcuts is to stop really listening to people.
You may say, “Well, I don’t have a lot of power – it’s not a temptation I face,” but we all wield influence at some level. If you’re raising children, you wield enormous power and as they get older and more complicated, tuning them out may seem like the only way for you to maintain your own sanity.
As we get older, we tend to become more powerful. And if that’s you, it may no longer seem important for you to listen to other people.
So many people want to talk to you and listening to them can be
exhausting. Listening well means staying open to unpleasant truths,
truths that may necessitate change and even apologies. Few powerful
people have the emotional reserves to continue to listen well. Why go
through the pain of dealing with an uncomfortable reality when your
life seems just fine without it?

What makes things worse still is that the more successful or powerful you become, the greater influence you have in many people’s lives. And then, because you are able to help them, the people you influence often become less willing to tell you unpleasant truths. Why? Because to do so might be to jeopardize your favor. This principle explains one reason why powerful people are often surrounded by sycophants.

I try to counter this tendency by constantly asking people questions and by making continual improvement an objective.  Still, the temptation to stop listening is ever before me as my world gets busier and more people have access to me.  I was talking about the issue with Karen and asked her why she thought powerful people become poor listeners. Her answer was, “Maybe as they get busier, powerful people have less time to really listen. And maybe they become more adept at getting enough information to make a quick decision.”

That’s a more charitable way to look at the issue. Whether it’s because their brokenness sends them down the easier, more comfortable road, or because they have to cope with increased time pressures, it’s apparent that the seeds of their own destruction are sown into the process. Given that dynamic, it would seem that the only way to cope with success is to make yourself accountable to others for the way you listen and solicit feedback.