It's great to be home after 40 hours of traveling from Thailand. I find that long trips like that make me begin to feel subhuman. Along the way, I begin to lose track of who I am – I become dull in my spirit. One thing that brings me back to reality is to practice listening prayer. I did t…
By Seth Barnes
28 January 2013, 12:01 am
By Seth Barnes
28 January 2013, 12:01 am

It's great to be home after 40 hours of traveling from Thailand. I find that long trips like that make me begin to feel subhuman. Along the way, I begin to lose track of who I am – I become dull in my spirit.

One thing that brings me back to reality is to practice listening prayer. I did that after we landed in Seattle – when we were at our most discombobulated – and God showed up in the form of one of our best friends who randomly happened to be on our same flight! It was great to see her and to catch up. She was a tangible expression that, whatever I was feeling, God had not left me.

I love examples of God showing up in seemingly random ways. For example, as he did for Josh Hollars, a World Racer, who wrote the following: 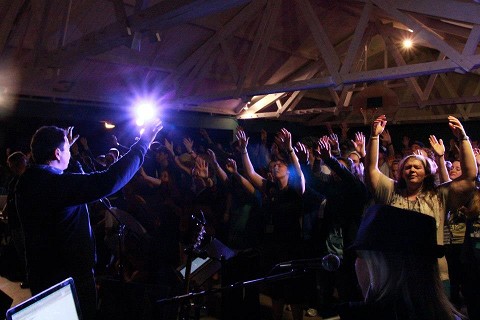 One night, during some intense worship, I noticed a few of the guys gathering around one of the girls on our squad. She was crying intensely while praying. As the guys went over to lay hands on her, I felt like the Lord was telling me to do the same. A few others joined us and soon we were in a circle around her.

Everyone began to pray aloud to themselves. I had both hands pressed against her shoulders and began to pray quietly. Lately, most of my prayers go something like this…"Lord, I have no idea what is going on, and I don't know what to do. Please just do something to fix this situation because I can't." I prayed that she would be freed/healed/whatever she needed. I know it sounds crazy, but I felt like I could feel some of the intense heartache and sadness that she felt.  I began to cry and I was pressing her so hard I felt like my hands would go through her back. I closed my eyes.

At some point, she began to fall to her knees, and we all went with her. As the crying intensified, the most random picture came to my mind. I remember seeing a yellow rubber ducky. You know, the yellow toy ducky that kids play with in the tub when they are little.

I felt crazy. Why in the world, in the middle of this situation was a picture of a rubber duck stuck in my head? Initially, I tried to dismiss it as my own craziness, but then I remembered a training session that we had the previous night.

The session was about trying to discern the Lord’s voice from our own thoughts. In the Bible, the Lord spoke in a variety of ways – audibly, through dreams/visions, etc. The trainers encouraged us not to dismiss crazy thoughts, but to be intentional and seek out why certain things were on our mind. There may be a reason I was seeing a rubber duck as opposed to a chair, a dog, or any other thing.

Later that night, I decided I would take a risk and ask her about what I saw. “Does a rubber ducky mean anything to you?” She began laughing and I felt like a complete idiot.

Then I was amazed when she began telling me that it was a significant symbol in her life. That when she was a child, she had a collection of rubber duckies. That she used to annoy her sisters by constantly singing the rubber ducky song. That her nickname was “Duckie” and that her ex-boyfriend even had the name tattooed on his chest!

I was completely freaked out at this point! I felt like I had stepped into the twilight zone. I didn’t know this girl at all and had barely spoken to her, and yet the Lord had shown me something significant in her life.

She began to tell me that her parents died when she was young and that she had always felt like an orphan…that she didn’t belong to anyone. She said that during worship, she prayed that she would be healed from these feelings. She felt the Lord telling her that she has a Father in Him, and that she is still a daughter.

She believes that the Lord gave me the vision of the duck to remind her of the comforts of her childhood. He reminded her that He knows her intimately and has always been with her.

Training camp was amazing, and this was an experience I will never forget. I think both of us grew stronger in our faith because of it.  I encourage you to test this out in your own walk with God. I believe that He speaks to us more often that we realize…it’s probably just not what we expect to hear. What is He saying to you? 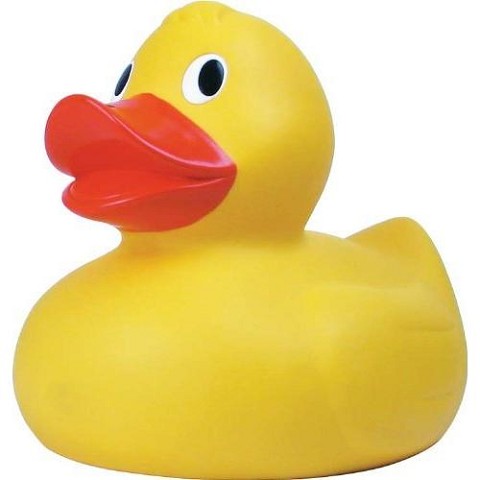