Racial Reconciliation on a Spiritual Level 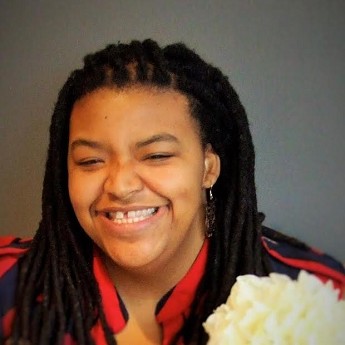 I have found myself deeply distressed in spirit over the last few weeks and the reason why may come as a shock for some.
While it is upsetting to continuously bear witness to the murders of black people across the U.S. and to be confronted day in and day out with the unfair and unjust systems in which black people are faltering under the weight of, I am not nearly as grieved in my spirit over those things as I am over how I’ve seen some Christians respond in this hour.
The civil unrest in our cities is not what keeps me up at night. The protests and riots that have been happening are not the cause of my growing unease.
Instead, I find myself distressed in spirit because I keep looking for people – Christians, leaders, anyone in the body of Christ to speak into what is currently happening in our society that echoes what I feel like God is highlighting in my own heart right now.
Since I’ve only caught glimpses of it elsewhere, I want to take the time and space to give voice to these things here.

1. The Need for Grace

There is a tremendous need for grace in this hour.
Tensions are high and we are all wrestling with how to respond. We are grappling with the weight and fallout of everything going on in the nation and so few of us truly know the way forward.

I know I don’t. Being black has not afforded me any extra insight. I, too, am on my face, weeping before the Lord, and seeking His wisdom in this hour, as I hope you are too.

Change and transformation is messy and the process is often painful and not pretty. But it is necessary and we must have grace for our brothers and sisters and for those in the world as we all stumble towards a more reconciled and just nation.

2. The Need to Lean into What the Spirit is Saying

In this hour, we are in desperate need of the wisdom, guidance, discernment, and truth that only comes from the Father.

I keep hearing people say how important it is to “center black voices” right now. I understand the sentiment and agree that it is helpful in terms of listening, learning, and understanding the complex feelings and emotions raging and spilling out of the hearts of black people in this nation.

However, it is imperative that in our “centering of black voices” we do not become deaf to what the Lord is saying in this hour.

God has a lot to say about what is happening, not only in our nation, but worldwide. Let’s lean into that and ask Him:

Until we do that, we will continue to operate in our own strength to bring healing and reconciliation to a nation and a people who need the healing and perspective that only Jesus brings.
3. The Need for Prayer

We have an urgent need to return to the place of prayer in this hour.

“Though we live in the flesh, we do not wage war according to the flesh. The weapons of our warfare are not the weapons of the world. Instead, they have divine power to demolish strongholds.”

We cannot use the same weapons that the world uses to demolish a demonic stronghold that has had its hooks in America for so many centuries that it is woven into the very fabric of our DNA as a country.

If we as a people rush to rage with the rest of them and in doing so, neglect the place of weeping and prayer, falsely believing that prayer is not enough for the hearts of men and the times we are living in, we have already lost.