Racing to find his destiny

Jonathan Hiebert is a Canadian who is always on the go. An early to rise and late to bed kind of guy, he hates wasting a minute out of the day. He does not want his time on earth to be squandered. Having just graduated with a diploma in Horticulture, Hiebert confesses that…
By Seth Barnes
27 December 2006, 12:12 am
By Seth Barnes
27 December 2006, 12:12 am 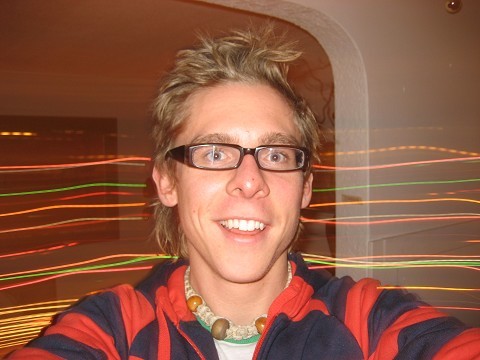 Jonathan Hiebert is a Canadian who is always on the go. An early to rise and late to bed kind of guy, he hates wasting a minute out of
the day. He does not want his time on earth to be squandered.

Having just graduated with a diploma in Horticulture, Hiebert confesses that
he needs more challenging work than landscaping can offer. ‘Not that pulling
weeds isn’t a great way to make a living,’ he says, ‘but I know there’s
something more for me out there.’

When not jumping out of airplane, traveling, or running marathons, he can be
pretty profound. There’s something poetic about this thrill-seeker. ‘We weren’t
called to save souls,’ he declares. ‘But to go and make disciples of all
nations.’

Growing up just outside of Vancouver,
Hiebert is the youngest in a supportive family of five. Before he decided to go
on the World Race, he had been sharing a house with four other guys in what he
calls ‘the ghetto.’

Ever the frugal one, he enjoys riding his bike, ‘It makes me feel better
about the impact on the environment and it’s my way of responding to high gas
prices.’

During World Race training camp, Hiebert showed his teammates what it is to
push the envelope, organizing a pizza eating contest followed by a race.

He realizes that any success he encounters on the World Race cannot and will
not be done on his own strength. His humility, zeal for the Lord, and wanderlust will undoubtedly lead him
through some fantastic encounters out on this pilgrimage for which he was
created.

Ever the accomplished traveler, Hiebert has been to Europe, Africa, and Asia. Now, he is seeking more than a short-term missions
trip – he wants a challenge, an adventure. He wants to begin reaching the world
with God’s love, building his own life story in the process.

As the World Race lines up to the starting line this week, you can bet
Hiebert will be running hard.