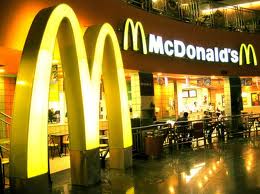 As we were in the LA airport for our layover all night, I
looked for a place that got good internet and plopped down by one of my
teammates.  Right after that this random guy came over and asked us if
we wanted free internet, and , who doesn’t want free internet when the
internet in the LA airport is 8 bucks.. so we gladly agreed, and he sat
down and typed in his password. We struck up a conversation with him and
he explained to us that he had been stuck in the airport for two days
because his flight kept getting delayed due to weather.. and to make
matters worse on his previous flight his wallet had gotten stolen so he
hadn’t eaten since then.  We felt bad and offered to buy him some food
when McDonald’s opened. 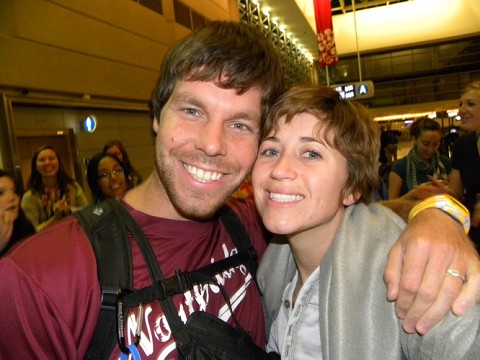 We
then told him about the world race, and what we were doing and he
seemed really interested. He asked us how much support we needed to
raise, and we told him and then he said, ” well, i don’t have my wallet,
but I do have my bank account info, and I think it’s really cool that
you guys left your home to do this for your faith.  Go get some of your
other teammates because I want to give around $20,000.”
Yes, that’s
right.. TWENTY THOUSAND DOLLARS! He explained to us that he had
inherited a large sum of money when he was 18 and really felt prompted
to give to us.  So I ran down and woke up the squad and explained to
them that there was this 22 year old that wanted to donate $20k.
People
couldn’t believe their ears, but they followed me back up the stairs and
then he had us type in the site and he donated! He fully funded some
people, and brought other peoples numbers way up! We were in shock…
Here was this kid that’s younger than some of us, that has money, but
chose to bless us with it. When does that ever happen?!?! When God wants
to bless His children!

We
bought him McDonald’s.. it was the least we could do..lol, and then he
hung out with us for the rest of our layover. As we were leaving he
began to tear up and told us that he really saw something different in
us and he could feel the presence of God around us.  We got to pray with
him and asked God to continue to open up his heart to the Truth and to
His love. He wasn’t a Christian, he told us that he was a Buddhist, but
didn’t practice it.. But there was a seed planted that night!

God loves to give good gifts to His kids, even when they least expect it!