The Pharisees confronted John the Baptist and his response
was profound, “A man can receive only what is given to him from heaven.” (John 3:27)
Later, Jesus himself says, “The Son can do nothing by himself, he can do
only what he sees the Father doing.”
(John 5:19) This is a principle
Henry Blackabee wrote about in

God has good works laid up for us to do (Eph. 2:10). He exists outside of time and already knows
what they will be. These are gifts He
gives, but all gifts must be received.
They are our inheritance, part of our calling. The question is, “Will we take the time to
perceive what the Father is doing so that we may join Him in it? 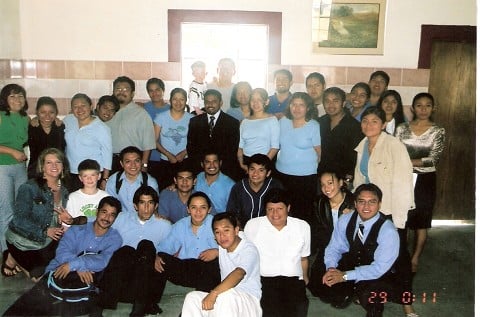 In 1991, God placed in my spirit the desire to build a
training center for Mexicans. I prayed
about it and got others to pray about it.
Three years later He gave us the property and first buildings and two
years after that, He told me that that very day the training center would
happen. My job was to receive it.

That afternoon, the center was birthed as I met a man who
brought 34 young people to be trained. A
decade later, we have trained hundreds of Mexican missionaries and planted
hundreds of churches. But it was
something the Father was doing, not me.

As fathers, we love for our children to join us in doing
stuff, whether changing the oil in the car or cooking dinner. What is it that the Father is doing that He
wants

you to join him in? Don’t miss out on your spiritual inheritance.