Report on your aid to the persecuted church in Pakistan 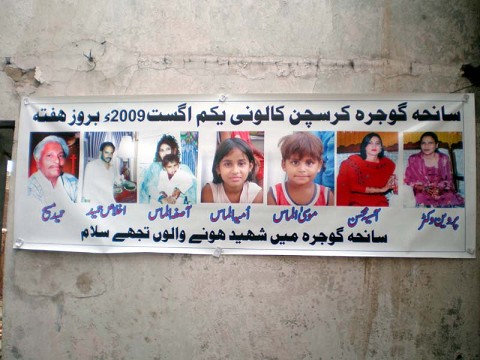 Three weeks ago I wrote a blog about how a Muslim mob in Pakistan burned the homes of a number of Christians. Seven of them died. Their names: Hameed Masih, 50 , Parveen 50, Akhlas Masih 40, Asia Bibi 19, Imama Bibi 22 and Musa 7. Here are their pictures at right.
My spiritual son in Pakistan, Emmanuel Sadiq, is an activist. He saw this tragedy and immediately realized that something had to be done. We  collected over $1865 from you blog readers for those who were burned out of their homes, money that we sent on to Emmanuel.
This past week, Emmanuel bought a bunch of food with the money.  He trucked it into the neighborhood where those who were burned out of their homes moved and gave it to them. He just sent me some pictures of their trip. In his report, he said that another 30 families still need help. if you’d like to give, click on this link and the link “Pakistan orphans.” 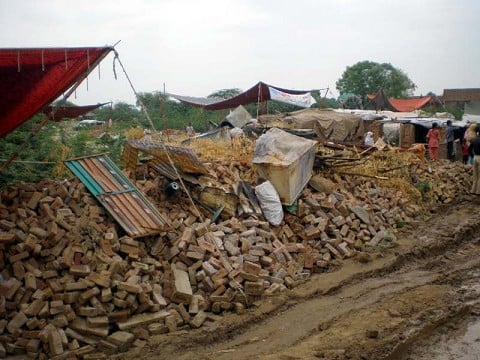 House after house was burned by the rampaging mob. This is all that was left. Victor Arthur told Emmanuel, “Police were there for the protection, but when the mob marched toward the Christian residents, police didn’t stop them. The residents fled, but 7 people were alive set on fire.” 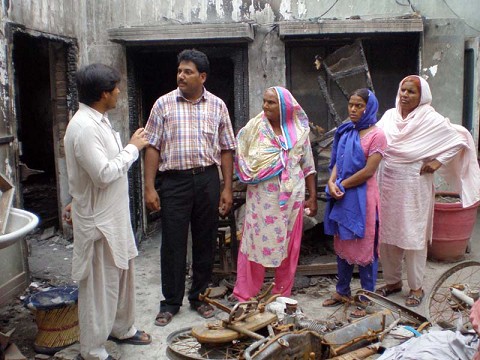 Emmanuel talking to a family whose home was burned. Mr. Shahbaz told him that the mob was not local people. They belong to the Islamic militant group Sipa–e-Sahaba from Jhang. He said, “They covered their faces with veils. They used the latest weapons. They threw petrol bombs and fired indiscriminately.” 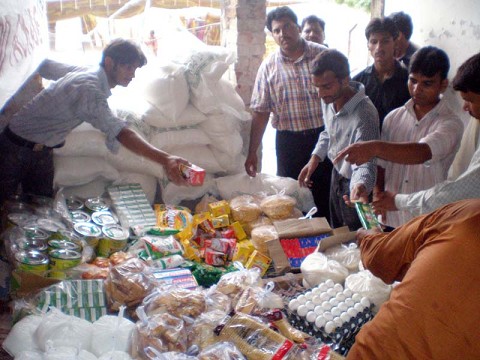 Handing out the foodstuffs that you bought.