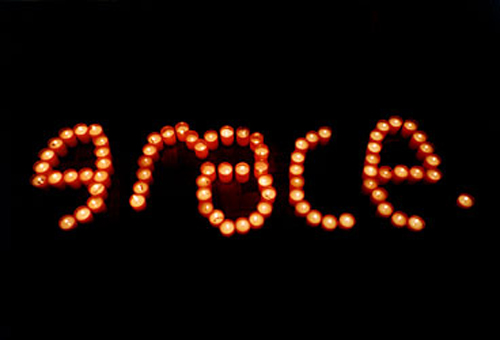 The downside of this is that I'm an easy target for everybody out there with an axe to grind. And what I find is that it's a good test of the reality of my faith. Because if I fire back at them without grace, it shows my faith is hollow. Grace is the difference maker, it's what has distinguished Jesus-followers from other faiths down through the centuries.
Since returning from Ukraine last week, I've felt as though my spiritual cupboard was bare. I was quiet at the dinner table. When I would go on a run, grace-less thoughts would swim through my head. And when I encountered a lack of grace in others, it was a mirror for my own emptiness.
Thus, when I received an anonymous email from someone who described themselves as a "hater-hater," it was a test of the reality of my faith. It said: "Hey Seth, How can I make money off of this God thing. You seem to be doing pretty well. Is it like MLM? Also, do you have to be a far right extremist?"
Most people would say, "He's baiting you, just ignore him."
But, I responded, inviting him to come out from behind the curtain of anonymity that email affords. I saw a person who has perhaps never experienced true grace and deserves better.
He replied, "Props for figuring out that stupid people are an even better source of revenue than advertising. If newspapers and dot com businesses understood that, they wouldn't be supplanted now by rip-off-artists like yourself. Still, how much would you charge me for a list of your idiots?"
And I responded: "I don't blame you for wanting to attack people – very likely people who claim to represent Jesus have hurt you and why would I be any different? If you do want to take a risk, I promise I will treat you with respect and will try to offer you any help I can."
That was the last I heard from him. In the midst of my own struggles, along came the temptation to treat another person as something less than the object of God's love – to dispatch the grace imperative and lob email word-bombs in the direction of someone who was out to diminish me. It's a temptation that we all face in a graceless world that has never seen the reality of Jesus in a tangible way.
The everyday test of the reality of your faith is how you respond to people who have no grace in their lives. How are you doing with that?