Scenes From the Refugee Camp

In the wake of the Paris terrorist attacks, what will happen to the Syrian refugees fleeing their homeland? A couple of the terrorists came through Greece – certainly authorities will tighten the borders. Will they shut down the camp? The pressure is building – already an estimated 2.4 million…
By Seth Barnes
16 November 2015, 12:11 am
By Seth Barnes
16 November 2015, 12:11 am

In the wake of the Paris terrorist attacks, what will happen to the Syrian refugees fleeing their homeland? A couple of the terrorists came through Greece – certainly authorities will tighten the borders. Will they shut down the camp?

The pressure is building – already an estimated 2.4 million people have traveled to Turkey and are waiting for available rafts to cross the four miles of open water to the island of Lesvos where our World Race squad is staffing the first refugee camp.* 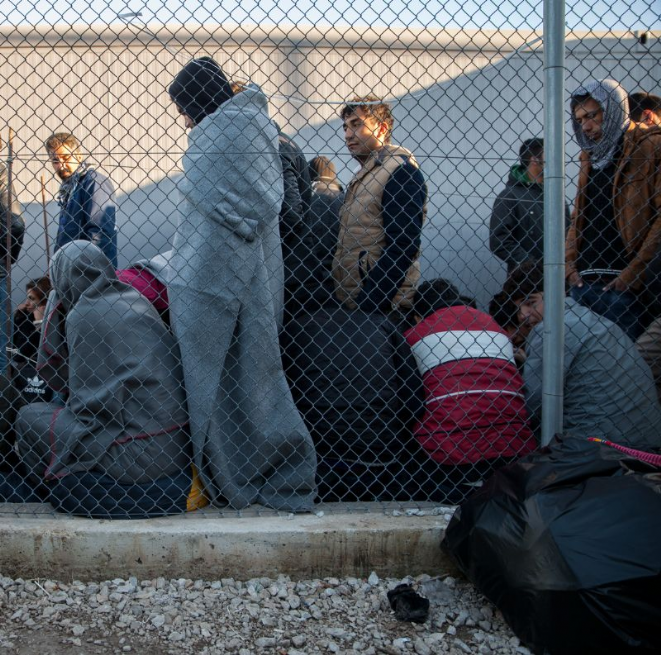 About 10 babies are born every day as their mothers journey.*

An estimated 8 million people are waiting to come over from Syria.*

The scenes at the Lesvos camp, as reported by our workers, are heart-rending:

“I watched three small children around the ages of 5,4, and 3 while others searched for their parents. I could see the fear in their eyes and hear the pain in their cries, but I was unable to console or comfort them. They didn’t speak any English, and I was a complete stranger from a different country. Although we hoped and prayed to find their parents, the reality is we did not know if we would. Some families get separated and are not able to find their loved one.

I held the 3 year-old while the 4 year old wailed and sobbed despite his 5 year old sister’s attempts at comfort. She had to be the strong one.'”**

“The refugees were coming to the tent begging for dry clothes, and mothers were handing me their naked, crying children hoping I could get them warm. That task seemed nearly impossible because we would search for clothes that could fit and then asking them to change in a tent were they were standing in inches of water. The desperation on the faces of the refugees that night is an image I won’t forget.” 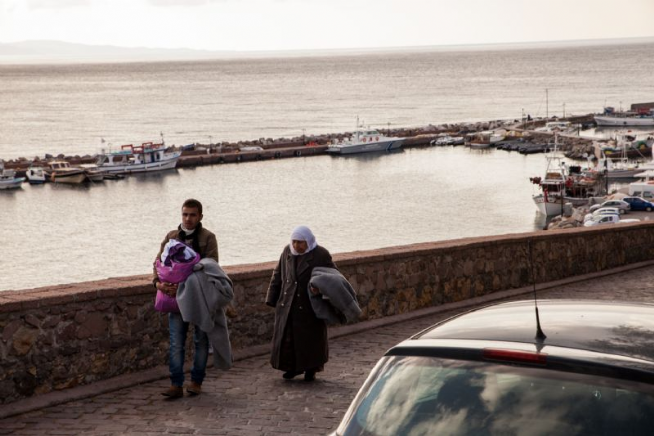 Kayla Zilch gave an account of what this feels like: “The situation at hand with our brothers and sisters from the Middle East is devastating, and only a robot wouldn’t react with some level of grief at the sight of half a million people displaced from their homes with nothing more than the clothes on their backs.

In spite of it all, though, I felt resentment building inside of my chest last night, swelling and pushing up against the bottom of my lungs.

This shouldn’t be affecting you!

Why do you always feel the need to cry? No one else is crying.

Inside the food tent, I found my squad-mate Kelly-Anne, and there in the darkness we unburdened our hearts. Jesus, I prayed silently, I don’t want to make this all about me. Get me out of the way so I can serve well.

“Pick up your sword.”

“Put on salvation as your helmet, and take the sword of the Spirit, which is the word of God.” Ephesians 6:17

My first response was, Dang. God’s such a sweet-talker.

And then: I’m not actually strong enough to do this. I need to fight, but not on my own. On my own, I don’t have the ability to regenerate my strength. As much as I spend time daydreaming about how cool it would be to be a plant and recycle my own resources, my love is a limited resource; I need to be filled up in order to empty out.

The 2,000 men, women, boys and girls coming through this camp everyday need to see the face of compassion. The Bible even says that Jesus was moved to weep on multiple occasions by the evil and loss he witnessed on Earth. When God created me, he carved out a football field-size area for empathy, but I’ve long preferred to declare that area off-limits to the public. Was it actually possible that I could fight for these people with a spirit of compassion as my sword?

1 Peter 4:10 says, “As each has received a gift, use it to serve one another, as good stewards of God’s varied grace.”

With all of my heart, I believe that God has Y-Squad here for a reason: he has given us grace and a variety of talents that can be used to serve the countless people here on this little island. But those talents are like branches on a vine, and need to stay close to their main source of life.

There are stories that must be told, lives that must receive a fresh breath of hope, and battles that can only be won by wielding Truth as the weapon of choice.

* As reported by Lindsay Anderson

** As reported by Andrea Burrow