Yesterday I blogged about how those Jesus-followers who have a seeker-sensitive strategy are engaged in a noble, missionary enterprise. Here’s a follow-on thought about the churches they build. You know the parable of the six blind men and the elephant. One grabs the tail and thinks the eleph…
By Seth Barnes
15 March 2008, 12:03 am
By Seth Barnes
15 March 2008, 12:03 am 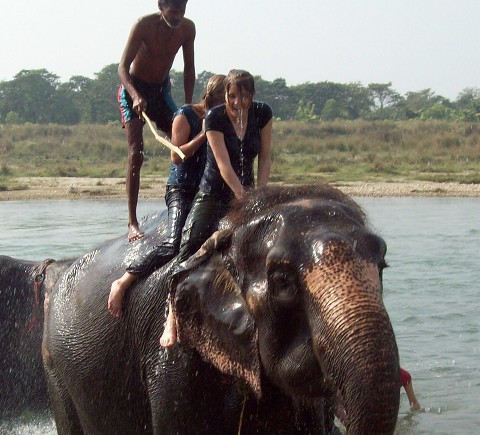 Yesterday I blogged about how those Jesus-followers who have a seeker-sensitive strategy are engaged in a noble, missionary enterprise. Here’s a follow-on thought about the churches they build.

You know the parable of the six blind men and the
elephant. One grabs the tail and thinks
the elephant is a rope; one grabs the trunk and thinks it’s a hose. The other four grab other parts and impute
the characteristics of each part to the whole elephant.

The “seeker-sensitive” churches have grabbed onto the
de-churched part of our population and declared that the problem is the tired,
retrograde model of church. They have
prescribed a set of programs that will pull people back to church. And the people who attack them for wanting to
do a better job of marketing the church
miss the fact that they have grabbed onto part of the elephant.

Another group of Christians has grabbed onto the issue of
poor leadership and focused on electing politicians with integrity (an oxymoron, if you ask me). To rediscover our Christian
roots, they say, we need Christian leaders.

Another group says that our whole conversation about church
is missing the point and they have begun pioneering what they call
“emergent” churches. And there are many
other prescriptions for the declining of the American church.

Everybody has a valid point, but consider that by laying all this responsibility on the church, maybe we’ve grabbed onto the wrong elephant. Until people have been discipled as
individuals, what they do when they come together as a group or who they have
leading them, is secondary. To
rediscover what Jesus had in mind with the church, we need to rediscover what
he intended for his disciples individually.
Our model of church is most flawed not in its structure or methods, but
to the degree that we no longer individually coach and train the people who say
they want to follow Jesus. Jesus had a lot more to say about that than he did about the way his followers should conduct themselves when they assembled.