The following is the rest of the story about Som, a paralyzed woman Megan Kennedy met in Cambodia. Read the first part here. Each day this month when we visited 42 village, I would sit in Som's hut talking with her as villagers walked by. Passing the hut, they glanced at us, but no o…
By Seth Barnes
05 September 2013, 12:09 am
By Seth Barnes
05 September 2013, 12:09 am

The following is the rest of the story about Som, a paralyzed woman Megan Kennedy met in Cambodia. Read the first part here. 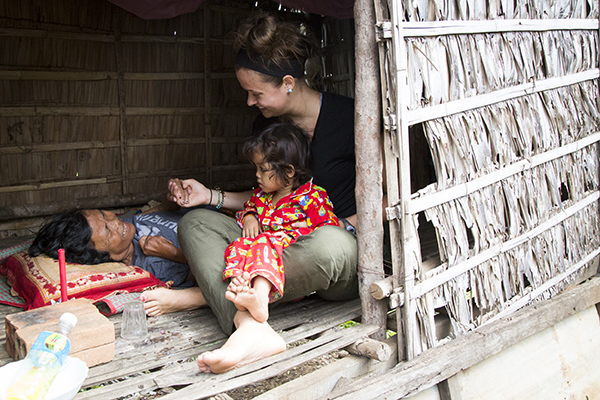 Each day this month when we visited 42 village, I would sit in Som's hut talking with her as villagers walked by. Passing the hut, they glanced at us, but no one ever dared to say hello or acknowledge Som.

Then one day, as I sat in Som's hut, a family member approached us and asked my translator why we were talking to her. Nobody spoke to Som.

The woman continued to speak in Khmer and tears streamed down Som's face as she listened in on the conversation.

"What did she say?" I asked my translator after the woman walked away.

"She said that she didn't understand why we would talk to Som. She and her family want Som to die. She said that it would be much easier for them that way. They want to own this plot of land, and they don't want to feed her anymore."

There truly are no words to express the emotions I experienced in the moments that followed. How would I feel if I listened to my family wish me dead? What would I do if they declared that my life was worth nothing and the hut that was barely suitable for one human was more valuable than my own existence?

That day my prayers for Som changed drastically. Up until then, I had wanted to see Som walk. I still want to see Som walk, but I realized in that moment that what God desired more than anything was Som's heart. What good would it do for Som to pick up her mat and walk if she still felt abandoned by her entire village? To whom would she turn? Even if she could walk, loneliness, abandonment, and pain would continue to overshadow her life.

From then on, I cared little about witnessing physical healing and I started earnestly praying for Som's heart. I prayed that Som would experience love like she never had before. That this love might ignite something in her heart: a greater desire for something more, a desire for the One that provides the love that she had begun to feel. I prayed that her heart would truly be softened and that hope, love, and peace would overwhelm Som's soul.

As my prayers changed, and our time in the village continued, something miraculous did indeed happen. Som's heart began to heal. This woman, who mumbled short, incoherent phrases when we first met her, spoke boldly in full sentences. She asked questions. She smiled more. She became radiant, captivating. The love that she experienced was literally changing her entire being. Som transformed before our eyes. She began speaking about love. Som told us that for the first time, she truly felt loved. And that she loved us. 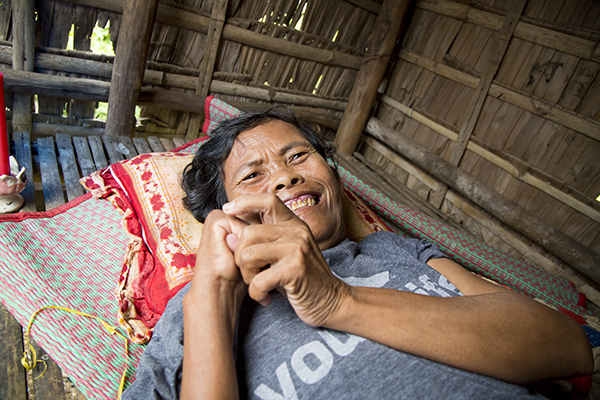 I told her about my blog, about how people all over the world are praying for her. That thousands of people know her story and that she isn't forgotten. That she is loved by innumerable people that haven't even met her. Som cried and said that her heart was even more full than before.

Each day Som desired to know more about love. She asked about this love that our team experienced and this love that we gave to her. We shared with her how this love didn't come from us- that we loved her because God first loved us.

"I want this type of love," she declared.

The crazy thing is, as Som's heart softened and she experienced this love, she began healing outwardly as well. I watched Som's crippled hand, a hand with fingers grown together and stuck in the position of a tight fist, the hand that hadn't opened in nearly 2 years, open for the first time and hold my hand. I watched the skin between her fingers literally disappear and the pain that kept her fist clenched greatly diminish. 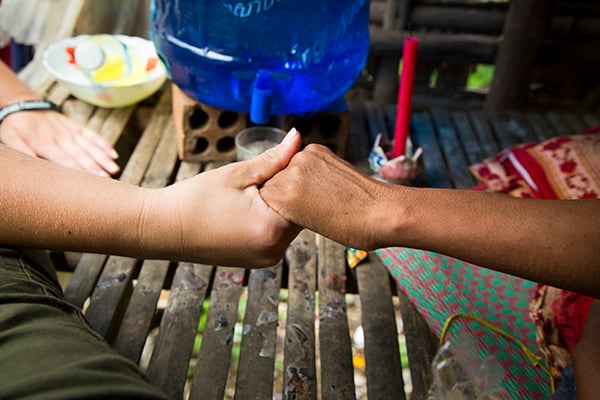 Som grew in strength each day. This woman who couldn't move when we first arrived extended her left knee farther than she had been able to move it in years. She began using her strength to push herself around her hut.

The hearts of the villagers began to soften as well. A village that hated Som started showing her love. We began noticing remnants of food in Som's bowl each day when we arrived, a sign that someone had visited and fed her. The holes in Som's hut that left her drenched anytime it rained were closed, and someone replaced a candle in her hut, allowing Som to see after dark.

I watched in amazement as God transformed both Som and the village. I watched Som grow each day, both inwardly and outwardly.

My last day in the village, Som moved herself to the edge of her hut, allowing her body to lay directly in the sunlight. As the sun beamed down on Som's already radiant face, she smiled at me and told me that her heart was full. 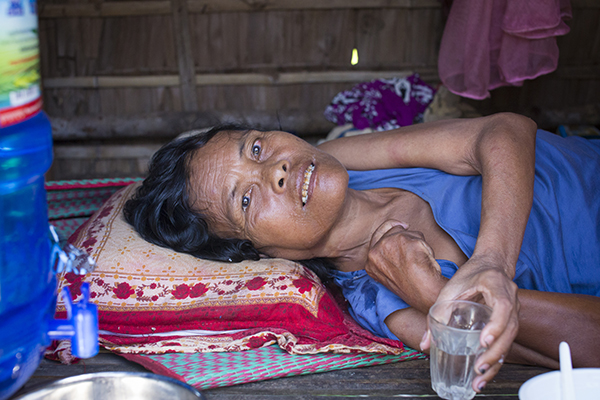 I said good bye, told her I loved her, and explained how the love that she had experienced would not leave when we left-that this love is eternal. Smiling, I walked away without glancing back, confident that the change we witnessed this month in Som's heart is only the beginning of the beautiful plan that God has for her life.

What would you do if you were going to be killed because you were smarter than your peers? Wo…
03 September 2013

Megan Kennedy shares this touching story from Cambodia. On a small plot of land just outside t…
05 September 2011