Starting over after you crash & burn 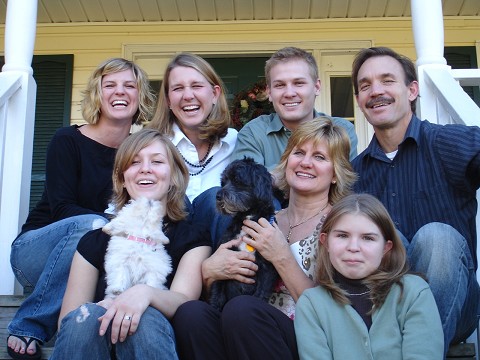 What does it take to reach your destiny? I think it takes a white flag of surrender. You need to reach the end of your own resources and realize that if God doesn’t show up, you’re through. Here’s how that worked in my life.
As 1989 ended, Karen and I were slowly, numbly coming to realize what it meant to have five children under the age of six.  An avalanche of toys, diapers and baby paraphernalia filled our home in Florida and spilled out onto the driveway.  We had our heads down and we were gutting it out.

I had a new ministry and two or three little side businesses I was managing out of the ramshackle office I’d built in one half of the garage.   As cramped as this might have felt, it was still an improvement over the desperate start I’d made on the dining room table a year earlier.  That whole year was a scramble to survive, beginning with the ignominy of losing my position managing a small start-up ministry with my friend.  Without insurance, Karen and I turned to Medicare to help cover her through that last pregnancy.

We were scrambling alright – for dignity and identity as much as for cash flow.  If the sacrificial investment I’d made to launch the ministry meant so little, what good was I, and what could I ever really count on?

We hunkered down – Karen with the babies and me with my ragged, partially-formed ideas for how to keep the wolf from the door.  It was a time for grieving, but there was no time for grieving.  So we stayed focused.

And as we looked around, even in fire-fighting mode, I was waking up to the needs of our children.  How would we bring them up to cope with all that life would throw at them?  How would we help them to go further than we’d gone?  How would we introduce them to a vibrant relationship with Jesus and his promise of abundant life when we were so obviously struggling to find our bearings ourselves?

Somewhere in that desperate place, I cried out to God for help.  And all I seemed to get in response was silence.  It seemed to confirm what I’d always suspected, but was coming to believe – we Christians could advertise a “personal relationship with Jesus Christ” till we were blue in the face, but whatever relationship I had with him was decidedly impersonal.  What kind of personal friend doesn’t respond when you talk to him?  What kinds of friends have a monologue with one another?  Maybe a husband whose wife is in a coma rambles on at her bedside.  Is this what God expected of me?  Is this what I was to pass along to my children?

How on earth would they subsist on the thin gruel of academically-oriented Bible studies on which I’d been weaned?  In my present spiritually shell-shocked condition, it didn’t cut the mustard.  And I just didn’t have much faith that 1990 would be any different.  Survival seemed to be a pretty ambitious goal, “If we can just get through another year,” Karen and I would say to ourselves.

So, whenever life eased up enough that I could look down the road a bit, the outlook for anything more than a standard American-issue one-size-fits-all spiritual life for my children seemed bleak and left me asking God for answers.  Not for me, but for them.

How would we help them experience a reality that we hadn’t even tasted, that on years like this one seemed like a cruel, cosmic joke?

And I guess my whining must have reached critical mass in the ears of the Almighty because a year later, I got my answer. It came in the form of a crisis that made my knees buckle so bad I could do nothing but cry out in desperation to God. On the other side of that was what I was looking for all the time. It about killed me to get there, but once I’d said “uncle,” God  welcomed me as his prodigal son and began to speak to me in a way that I could clearly hear.
What about you? Have you crashed and burned yet? Have you reached the place where if God doesn’t show up, you’re dead? My advice is this – go ahead and surrender. He’s going to take you there at some point anyway. Why not give him what he wants now?  There’s life on the other side of your disaster, and it’s sweet.