Study on volunteerism in America

Jeff Goins wrote the following blog for me about an issue that should concern radical Jesus-followers: The Corporation for National and Community Service does regular studies on the volunteering habits of Americans, including detailed breakdowns of America’s volunteering demograp…
By Seth Barnes
05 May 2007, 12:05 am
By Seth Barnes
05 May 2007, 12:05 am

Jeff Goins wrote the following blog for me about an issue that should concern radical Jesus-followers:

The Corporation for National and Community
Service does regular studies on the volunteering habits of Americans, including detailed breakdowns of America’s volunteering
demographics and patterns by state and region. They just released a new report on developing trends in American volunteerism. 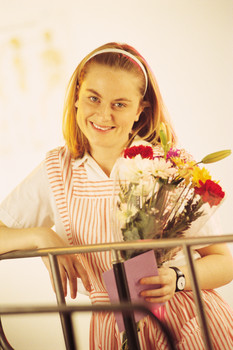 Notice the civic importance of biblical servanthood in the success of our country. Not only does America need volunteers, but Americans need to

be volunteers. Volunteers have a vital impact on the shaping of a society from a corporate level to an individual level.

“This report is a wake up call for any group that uses volunteers: If
you want to keep them, you need to give them serious and meaningful
work that affects change in your community; and you have to remember to
train, manage, and thank them the way you would any valued colleague,”
said Corporation CEO David Eisner. “The bottom line is volunteering
isn’t just nice, its necessary to solving some of our toughest social
challenges. The only way to tackle the hard challenge of illiteracy,
youth violence, poverty and other problems is if Americans rally
together.”

“A growing body of research demonstrates that volunteering and other
community activities lead to better health, more happiness and greater
prosperity in neighborhoods and states,” Grimm said. “When people
volunteer, they not only spread good will, they also solve tough
problems and create tangible benefits for their communities. The
evidence confirms that volunteering and high levels of civic
participation are vital to a healthy society.”

In addition to such findings, the study also shows that women volunteer more than men. Anyone working in full-time ministry, especially in churches, can probably vouch for this factor. Is there something offensive to the male ego in volunteering? Perhaps it distracts from the hunter-gatherer instinct to provide for one’s family, or it attacks the logic of working to earn one’s own keep.

Moreover, religious organizations are the most popular medium for volunteers to serve, which is a great message that we are sending to the world – money and time are worth sacrificing for a worthy cause. In 2006, 35.3% of American volunteers served in religious venues of some kind. To be honest, this number surprised me in that it was the largest area, but I can’t help but dream that it could be even larger as we in the West wake up to our divine destinies.

Although the number of volunteers has been steadily increasing, 2006 saw a significant decline in numbers of volunteers. One-third of the volunteers in 2005 dropped out in 2006. Part of this could be American’s increasing addiction to comfort and entertainment. You see this even in churches nowadays. People joke about megachurches being more of a “production” than a service, but it’s true! Many large churches actually have producers for their Sunday morning services.

But the truth is, something

is changing. Currently, college students and Baby Boomers are the largest contributors to volunteer work in America. The percentage of volunteers peaks at around age 40 and then begins to gradually decline.

What does this mean for the Christian church in America? It means that this is an exciting time to be alive. We are living in a unique season of history – what the Greeks called

kairos. More people are alive today than in any other time in history. In less than a day, you can find yourself standing in any country in the world. Digital media is connecting the entire world in an intimate way. And the young people are rising up, because they want more.

The Corporation for National and Community Service calls itself “a catalyst for change and champion for the ideal
that every American has skills and talents to give.” Why can’t we be the same… and more?